DEF LEPPARD Releases Live Concert DVD / Blu-ray ‘And There Will Be A Next Time’. Watch some here! 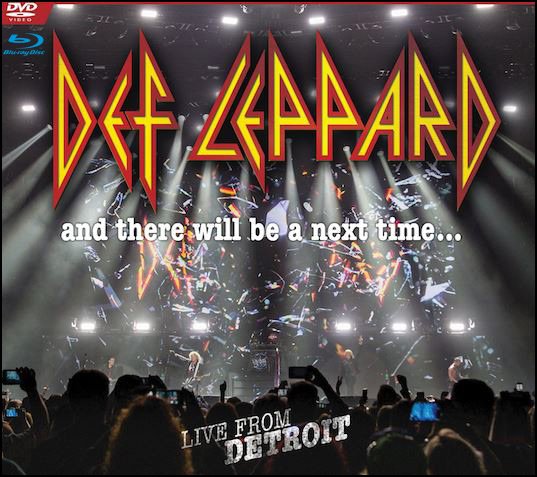 DEF LEPPARD’s live music video for their popular song ‘Photograph‘ can be watched below. The video clip is taken from the band’s upcoming concert movie film ‘And There Will Be A Next Time – Live From Detroit‘, which will be released on February 10th of this year via Eagle Rock Entertainment on DVD+2CD for $21.98, Blu-ray+2CD for $26.98, and Digital Video. With already two prestigious Diamond Awards to their credit, DEF LEPPARD continues to stay on top in the music industry and put forth some of the most iconic rock melodies and memorable songs of all time. Most recently, their 2015 self-titled album featured singles “Dangerous” and “Let’s Go” which hit #1 on the Billboard Top Rock Albums chart.

Filmed at the DTE Energy Music Theatre in Clarkston, Michigan, ‘And There Will Be A Next Time – Live From Detroit‘ is an incredible live performance that captures the electrifying energy and power of DEF LEPPARD live today. As the sun began to set over an electric Detroit crowd, DEF LEPPARD’s legendary hooks and anthemic rock served up an audiovisual feast second to none. The audience were served smash hit after smash hit with fan favorites from across the band’s iconic career.

Joe Elliot said : “I had this idea that we should film one of the shows from the 2016 tour because apart from the ‘Viva Hysteria’ shows, we hadn’t actually had a live performance filmed since 1988. With a new album out that was being so well received, it was just a case of where to do it. From the second the house lights went down, we could see the sun setting from the stage, and the energy from the crowd just seemed to intensify. It was a good choice and a great way to document DEF LEPPARD in 2016.” … As a bonus, the DVD set will include the official music videos for “Let’s Go”, “Dangerous” and “Man Enough”, and the lyric video for “Let’s Go”.

More good news for you Def Leppard fans. The band just released their 2017 tour plans and they include the bands Poison and Tesla! For full tour information on Def Leppard, check out their Tour Page on our site. You can see their Official tour schedule, you can look for tickets and more.


DEF LEPPARD – Photograph – Live! from ‘And There Will Be A Next Time’ DVD 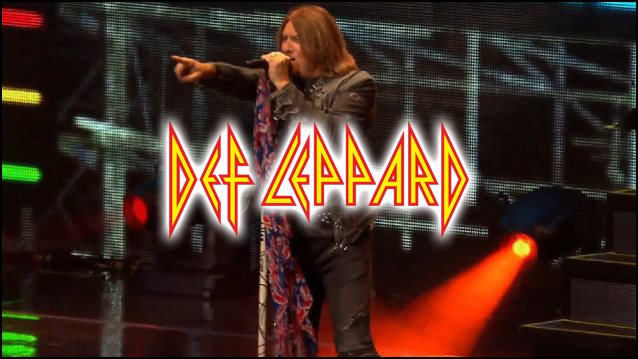 Joe Elliot of Def Leppard belts out a tune!