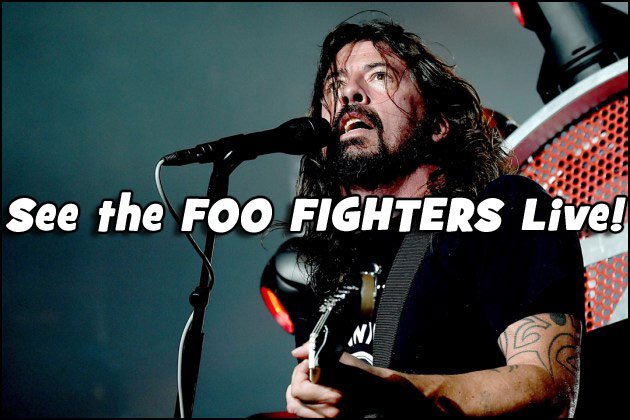 Dave Grohl and the guys of Foo Fighters are at it again. Teasing fans with Tour hints and keeping fans on edge for an official announcement. So far for 2017 we know that they are playing the BottleRock Music Festival in Napa California in the end of May. We also know that European concerts for the Foo Fighter have already been also set. They will be performing in Iceland, Finland, Latvia, Poland, Denmark, Belgium, Spain, Portugal and more. Plus we are eagerly awaiting the announcement for North American dates too. The BottleRock Music Festival that begins on May 26th (it’s a 3 day event) not only features the Foo Fighets as a headliner, but also Tom Petty & The Heartbreakers and Maroon 5, along with a very long list of other bands too.

Visit our FOO FIGHTERS TOUR Page for all the latest information and to look for tickets!

Don’t miss your chance to see the FOO FIGHTERS live in 2017!