Can Deacon Frey fill his dad’s shoes with the Eagles Band? 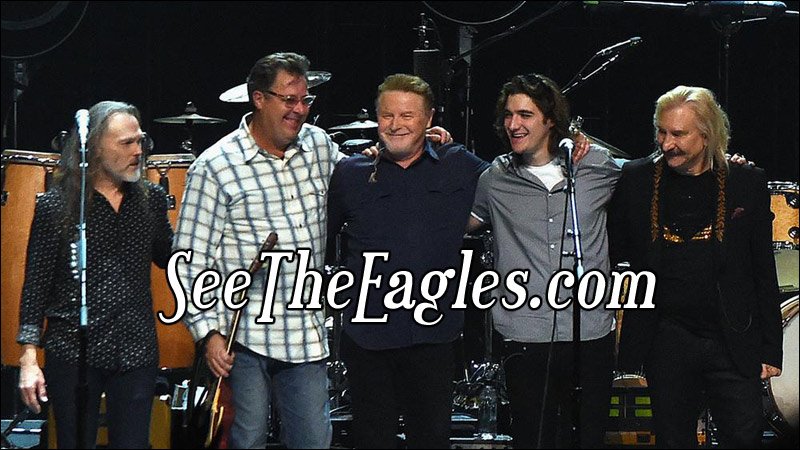 I’ve always been a huge fan of the band the Eagles. Unfortunately, when one of the founding members, Glenn Frey, recently passed away, it left a huge hole is so many people’s hearts and it left the future of the Eagles up in the air. Don Henley, the other founding member, hinted that the remaining members would NOT carry the band on and it surely appeared as if we would not be seeing any more Eagles concerts, or hearing any new music from them. The new music part of it is still up in the air, but it’s obvious that Don Henley must have had a change of heart, and put together the closest thing to the real thing. In comes Deacon Frey, the son of Glenn, and Vince Gill. Were some fans upset? Yes, they were and understandably so, but in the ‘long run’, I personally think this was a good thing. Now the ‘band’ is ‘full’ again and they are back to hitting the road on tour. 2018 promises to be big for them as they have a concert tour planned, and seem to be adding dates to it every so often.

How do they sound together you ask? Well, me personally, I think they sound great. Deacon is doing a wonderful job of filling the shoes of his dad, and Vince Gill’s musical experience has been a huge help for them also. No, they do not sound 100% the same, but you have to expect that. Below, we’ve collected a few videos from some of their recent live performances to you can hear for yourself. Take a listen to the videos below and feel free to comment your thoughts on the sound of the latest version of the band the Eagles. Also visit our EAGLES Tour Page to check out their latest tour itinerary for 2018 and to see if they will be performing near you. In the mean time, enjoy the music.

Deacon Frey does a great job of filling Glenn Frey’s shoes as a new member of the band the Eagles.