Brandon Flowers and The Killers release new song, but there may be just one little issue … Politics. 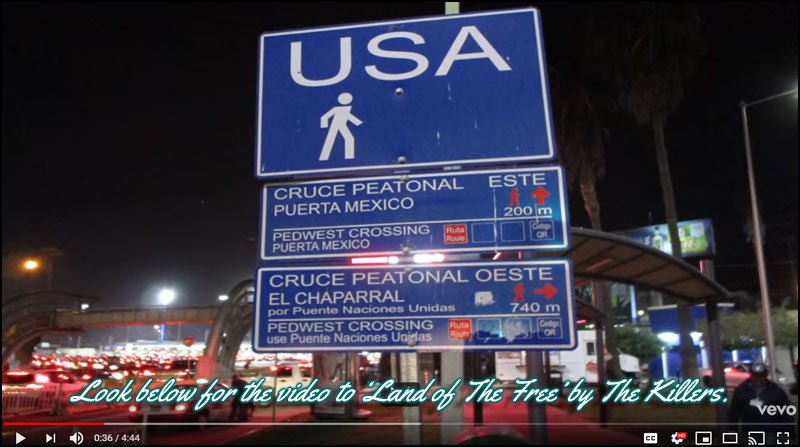 A band that had no problem obtaining fans, may have put their foot in their mouths and may have not realized it. While personally you may need a place to vent your political rantings, as we have seen before, the entertainment business is no place to do it. The main problem is that no matter which side of the fence you sit on, once you openly DO take a side, the other side may likely now resent you. Even if they are big fans of yours, it happens time and time again when people in entertainment come out and start talking politics. Hopefully that won’t happen here, but we’ll have to wait and see. Led by Brandon Flowers, The Killers have released their latest song ‘Land of The Free‘ and in it, the song basically takes aim at President Trump’s proposal for the Wall between the United States and Mexico. The Killers really do have a tremendous following and and I personally don’t think this situation of them ‘taking a political side’ is going to hurt them much, no matter what you believe. If you keep going down on this page, you’ll find the music video released by The Killers for their song Land of The Free.

A great quote response I read on Breitbart concerning this video’s release read this way : “Dear Brandon Flowers of The Killers: Oddly, your new political screed fails to mention the American families victimized by the 266,000 aliens with criminal records arrested the last 2 years – including 100,000 assaults, 30,000 sex crimes and 4,000 violent killings. Or do they not matter? You decry guns. But unlike you and your rich, elitist pals who can afford armed bodyguards and gated mansions, we dumb poor folk have handguns instead of expensive security systems to keep our kids safe. Get off your preachy, self-righteous horse and get back to making music. Signed, We the People“

Brandon Flowers and The Killers jump aboard and release a politically stanced music video. Check out the video below for Land of The Free, which was just newly released.


MUSIC VIDEO : The Killers – Land Of The Free