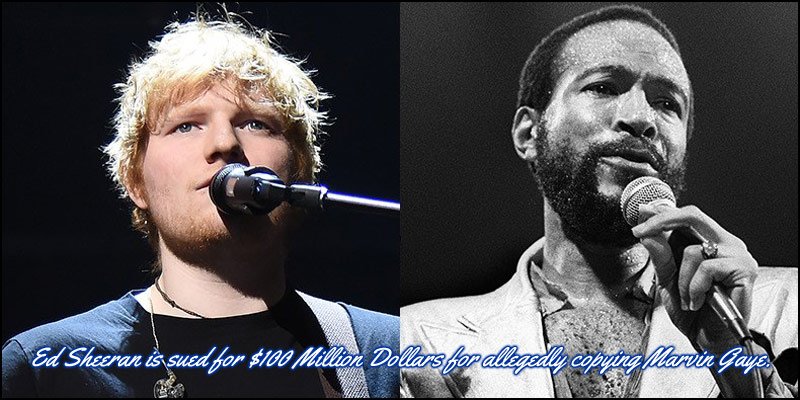 It appears as if the trial between Marvin Gaye‘s estate and Ed Sheeran over the alleged use of Marvin Gaye’s song Let’s Get It On will continue to trial. On Ed Sheeran’s 2014 hit song Thinking Out Loud, it is alleged that Ed Sheeran ‘stole’ elements of Marvin Gaye’s hit Let’s Get It On. Ed Sheeran and his legal team had submitted a request to dismiss the case, but that request was shot down by a US judge just recently. Lawmaker Louis Stanton has insisted that a jury should be the ones to decide whether or not Ed Sheeran and his bosses at Sony/ATV Music Publishing and Atlantic Records should be liable to the estate and heirs of late producer Ed Townsend, who co-wrote Let’s Get It On.

In his recent ruling, the judge admitted that he couldn’t decide if Gaye’s 1973 hit song deserved copyright protection in the case, but produced video & audio footage from an Ed Sheeran performance, during which he sings both songs, could help a jury make a decision. When asked about the subject, Ed Sheeran has denied copying from anything from Gaye. The Gaye family’s lawyer, Pat Frank, was thrilled with the judge’s decision to press on with a trial, insisting his clients are looking forward to their day in court.