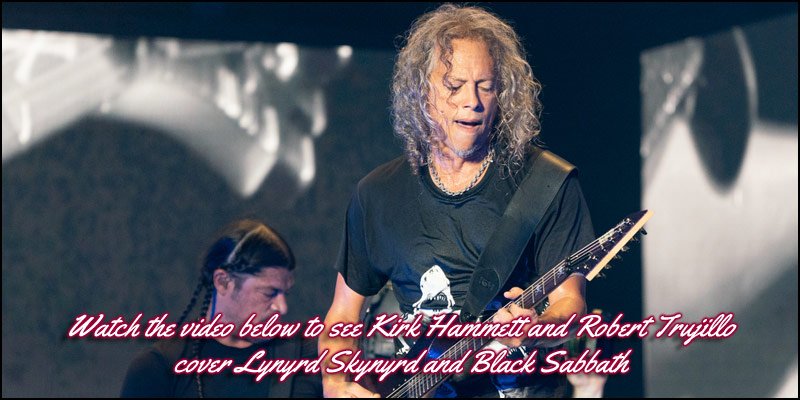 On this past January 22nd, Metallica held a concert at the Legacy Arena at the BJCC in Birmingham Alabama. At one point, during some down time, both lead guitarist Kirk Hammett and bassist Robert Trujillo found themselves on stage jamming around and they ended up performing two great cover songs. No one knows if this was planned or not, but all of a sudden Kirk Hammett began playing the beginning part of Lynyrd Skynyrd’s Sweet Home Alabama. Robert Trujillo joined in on his bass, and even James Hetfield made a short appearance to sing part of the song. After a bit, Trujillo begged to play some ‘Sabbath’ and Kirk busted out some ‘Ironman‘ which Trujillo gladly joined in on. We’re not sure where Lars was, but if would have been nice to hear to drums kick in and them go into the songs full throttle, but it was still cool all the same. Even the fans sang along as the two jammed on stage. Check down below and you’ll find the video that you can watch and listen to.

Check out the video below to listen to Kirk Hammett and Robert Trujillo perform their versions of Sweet Home Alabama and Ironman.