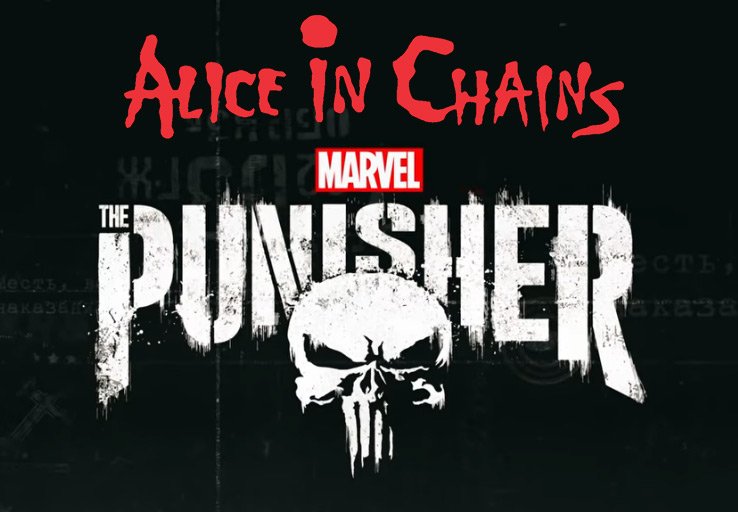 Netflix pleases fans with Marvel’s The Punisher series and orders up a big old heaping of season 2 for the hit show. In the trailer video released by Netflix (which can be seen and watched below) you’ll notice a familiar song in the background become to get louder until you can clearly hear it. It’s the ‘classic’ song by rock band Alice In Chains called ‘Would?‘. The song was released by AIC all the way back on June 30th of 1992 and was written by band members Jerry Cantrell and Layne Staley.

In the Netflix adaptation of The Punisher, Jon Bernthal returns as Frank Castle for a second season, continuing his tackling of the shady underbelly of the city, all while fighting the monsters from his own past. In the new video trailer, seen below, Frank Castle takes over when a young woman is assaulted in a bar, which puts him right back to where he’s used to being, and that’s directly in the path of danger. You’ll notice that in the trailer itself, the Alice in Chains song isn’t noticeable at first, but then after a bit it becomes quite clear. Familiar sounding guitar strums lead up to the eventual reveal, while the sound of weapons firing also figures into the mix with the track. However, the haunting Alice in Chains song definitely fits the tone of the video series, and trailer. Watch the trailer below and judge for yourself.

Season 2 of Marvel’s The Punisher debuts exclusively on Netflix beginning January 18th. You can also watch Season One through Netflix as well. Alice in Chains, meanwhile, have been promoting their Rainier Fog album while out on the road on tour. Although the song “Would?” has been a part of recent concert sets. After a break to start the year, look for the band resuming their tour which continues on into New Zealand and Australia this March.

Netflix out-does themselves with The Punisher series, Season 2 gets ordered and is on it’s way. The theme song in the trailer below is an older song by Alice In Chains.