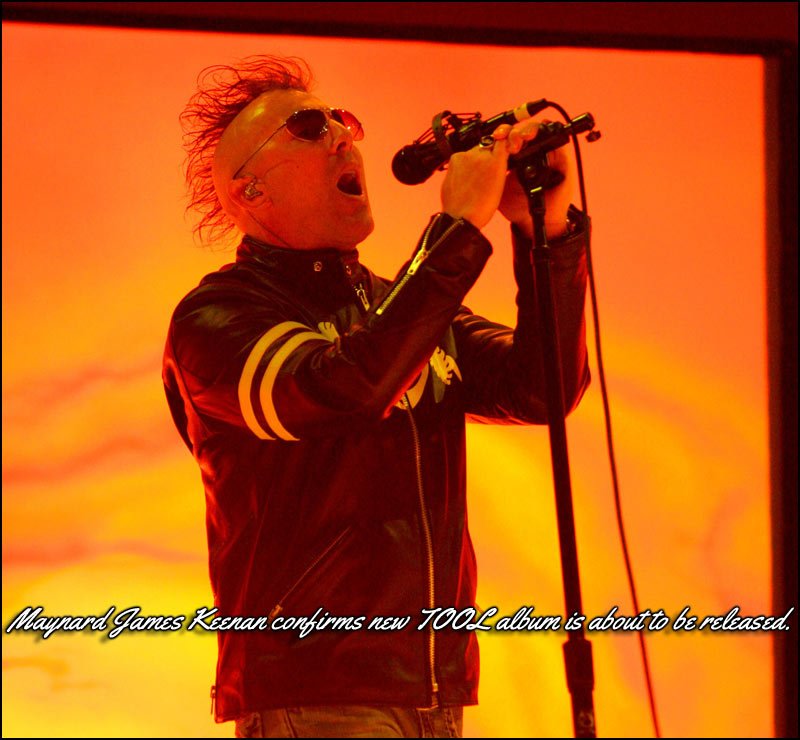 If you’re a TOOL fan, then get ready for some awesome news. Maynard James Keenan just confirmed that the band has finished recording their newest album, and are in the process of Mixing now. You have to admit that fans have been extremely patient as it’s the first new album since Tool released their last album “10,000 Days” back in 2006. Keenan offered another album update the other morning, jumping on Twitter to say that his “final vocals” were tracked “MONTHS ago” and that they’re beginning the “long process of Mixing now”.

As for timing, the band goes out on the road for a handful of festivals and European tour dates in May, so it’s probable that they’ll want to have the new upcoming album out by then. In the meantime, rest assured in the recent remarks of Skid Row’s Sebastian Bach, who called the new music “progressive metal at its most atmospheric” with “riffs so heavy it feels like a TOOL.” Also, if you missed it, Tool offered a brief taste of the new tunes last summer while marketing a series of musical clinics. You Can Hear it in the below video.

Maynard James Keenan confirms new album by TOOL is on its way shortly.