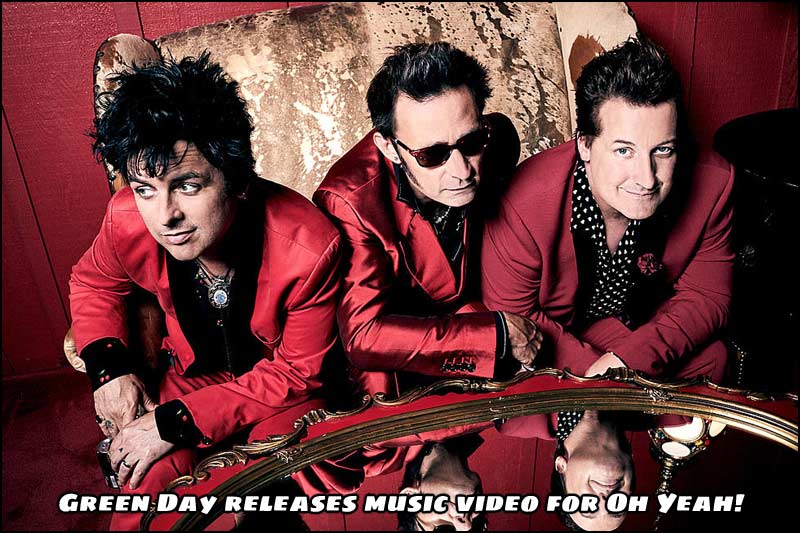 Green Day just released a new song named Oh Yeah! and the band used samples from Joan Jett‘s song ‘Do You Wanna Touch Me‘ to write part of it. However, the band received a little backlash for using those samples and released this statement “We think Joan Jett and the Blackhearts is a total badass so we sampled one of her songs off Bad Reputation. Turns out one of the writers on that song is a complete a**hole so we’re donating our royalties from Oh Yeah! to International Justice Mission and RAINN.”. Our guess is that the writers of Joan Jett’s song did not give approval, so Green Day said “OK we won’t take a penny from profits from the song. We’ll donate it all.”. We’re again guessing that how Green Day responded was OK with the original writers (otherwise we’d see a lawsuit, and the possibility of the song getting pulled from the public). The song by Green Day is actually quite good; Just like almost everything they release. check out the official music video for the song below.

If you werent aware, Green Day has quite a large tour planned for this year, which they are calling the Hella Mega Tour. They’ll be joined by Fall Out Boy and Weezer. For more information on their Hella Mega Tour, visit our Green Day tour page.

Green Day releases music video for their new song Oh Yeah! … Check out the video below and enjoy the song.

Written and Posted by Bryan Moss