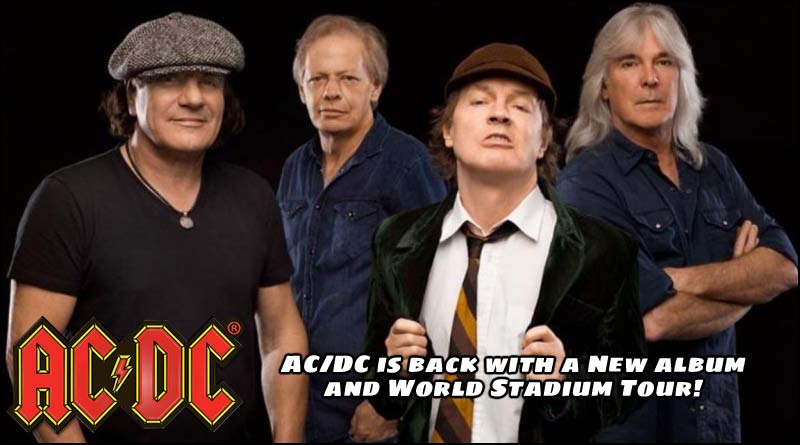 Since the passing of Malcolm Young, and the issues vocalist Brian Johnson was having, I think most AC/DC fans expected that it was the end of new music, and tours from the iconic rock band. They did tour a bit back when they took on Axl Rose as their lead singer, and the tour was a success due to Axl Rose actually ‘putting up’ his share. Even a broken leg didn’t stop Axl from performing with AC/DC during their tour. But Axl isn’t Brian Johnson and fans really wanted him back. Rumors swirled for a long time that Brian Johnson was somehow coming back to sing. There were supposed sightings of the band, along with Brian AND original drummer Phil Rudd, entering recording studios and doing other things together. Now the rumors have gotten even stronger and it’s been reported that AC/DC has actually been working on new music with Brian Johnson (and Rudd), and there is a new album on its way. The rumors even go on to say that the band will tour Australia later this 2020 year. Actually it even goes further and says the band has a ‘world stadium tour’ planned. The Australian leg of the tour is supposedly planned for October/November 2020, but there is nothing set in stone yet. Stay tuned because we will be on top of any new AC/DC news as it’s released.

AC/DC to Release New Album and go on World Stadium Tour this 2020 year.

Written and Posted by Ronald Straton