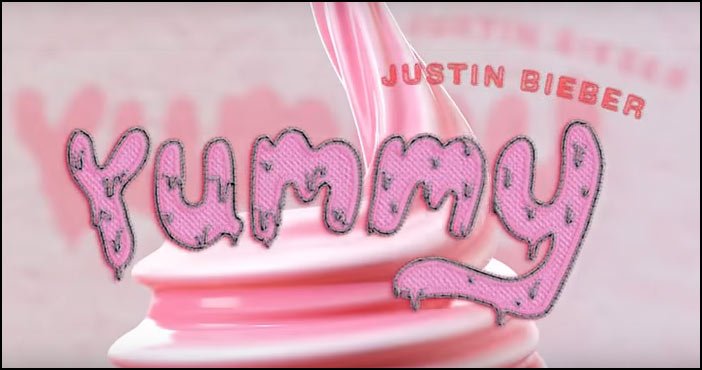 The song titled ‘Yummy‘ by Justin Bieber was just released and you can listen to the whole song in it’s entirety down below on this page. The 2020 year appears to a big and busy one for the young musical sensation. Not only did he just release the full song for Yummy, but there’s a whole new album coming out, and to top that all off, is a huge concert tour that has already been laid out. Visit our Justin Bieber tour page for all the latest info on his 2020 tour, and where to get tickets.

The new album does not have a released date yet, although we expect it shortly. It’s been since 2015 when Justin Bieber released his last solo album which was named ‘Purpose’. It’s been about 5 years and his fans are ecstatic that there is new music on the way, along with a lengthy concert tour. Take a scroll down to the new lyric video for Yummy and see what you think.

If you look below, you’ll find the new Lyric Video for Justin Bieber’s new song Yummy.