Brand New Eric Clapton Album coming in May, one track includes the late George Harrison formerly of The Beatles

You can hear the late, great George Harrison on a new song from the to-be-released Eric Clapton album called ‘I Still Do‘. The new studio record has the secretive Angelo Mysterioso on both vocals and guitar on the sing ‘I Will Be There‘. Angelo Mysterioso was a pseudonym George Harrison used to use. He was under that name when he was a guest guitarist of Cream’s Goodbye album. The album ‘I Still Do‘ was produced by Glyn Jones who previously worked with Eric Clapton on Backless in 1978.

“This was a long and overdue opportunity to work with Glyn Johns again, and also, incidentally, the fortieth anniversary of ‘Slowhand’!” said Eric Clapton.


The I Still Do album cover artwork (seen below) is done by the amazing artist Sir Peter Blake. Blake previously produced art that includes the co-design of The Beatles’ Sgt. Pepper’s Lonely Hearts Club Band album sleeve, as well as the Band Aid single Do They Know It’s Christmas?, Paul Weller’s Stanley Road and The Who’s Face Dances. I Still Do features Blake’s signature at the bottom right corner of the cover, which is easily visible. 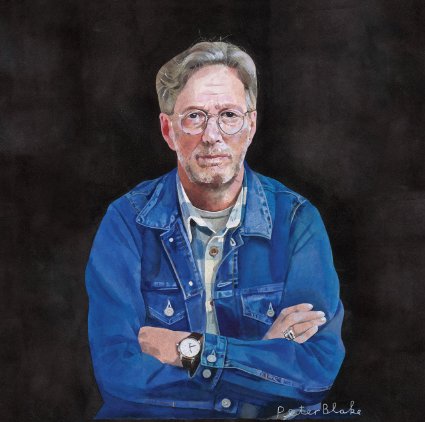 Album cover art for the upcoming album from Eric Clapton, I STILL DO. To be released in May 2016.