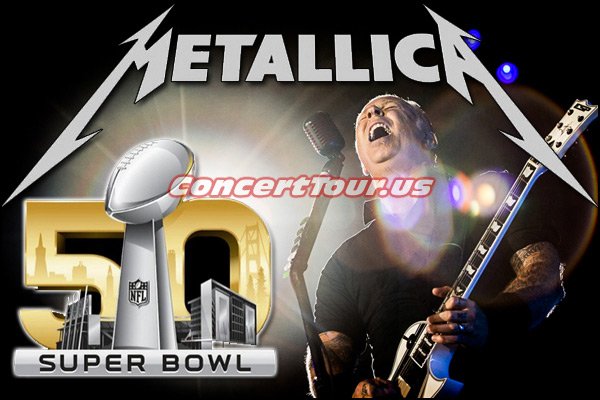 If you are excited for the upcoming Grammys, you don’t actually have to wait for the Grammy Awards Show for some good, live entertainment. This year’s NFL Super Bowl is going to be big. It’s the 50th Super Bowl and it’s the Carolina Panthers, led by Cam Newton, versus the Denver Broncos, led by Peyton Manning. This year’s Super Bowl halftime show will feature both on location performers (acts that are actually at the big stadium) and a handful of live concerts. The live concerts will not take place at the actual big game, but will be spread out over the joyous weekend.


Saturday, Friday and Thursday have concerts that feature Alicia Keys, OneRepublic and the Band Perry. The Dave Matthews Band will perform on Thursday, Nick Jonas will ‘do-his-thang’ at the yealr ‘ESPN The Party’ event on Friday, and then Rolling Stone Magazine has an event with will have Avicii, Elle King and Travis Scott performing on Saturday. Though Super Bowl 50 will take place at Levi’s Stadium in Santa Clara, California. Most of the other concerts, shows and parties will be held in San Francisco.

Fall Out Boy said this past Monday that they will be doing a show on Friday during Verizon’s go90 Live free concert series at The Regency Ballroom. Fall Out Boy, which has played around the Super Bowl in the past, said performing before or sometime around the big football game gives musicians the chance to obtain a number new fans. “People are there and they’re hyped for the Super Bowl, so it’s a chance to win people over, which is awesome,” lead singer Pete Wentz said during a Q&A last week.

Skrillex and country singer Hunter Hayes will also be around, they are part of the go90 Live event, which is giving free tickets away on a first-come, first-served basis. Hunter will be on the stage on Thursday and Skrillex will perform on Saturday. Besot of it all, for us at least, Metallica will play at the AT&T Park the night before the Super Bowl, where the Carolina Panthers will take on the Denver Broncos and halftime show performers include Beyonce and Coldplay, and who knows who else.

DirecTV and Pepsi are teaming up to put on shows at Pier 70, including The Dave Matthews Band, Pharrell and Red Hot Chili Peppers on Thursday, Friday and Saturday nights. The Red Hot Chili Peppers, who performed with Bruno Mars during the halftime show in 2014, are expected to bring out special guests during their set. Snoop Dogg will host the Player’s Gala on Sunday, where he will DJ, perform and host a Super Bowl viewing party. Zac Brown Band will perform at the Bleacher Ball on Friday and rapper-singer-producer Future will headline a concert on Saturday night. San Francisco-based Third Eye Blind will perform at the 25th annual Party with a Purpose, while actor-singer Jamie Foxx will host a SiriusXM live broadcast on Friday.

Scheduled to appear and perform for this year’s 50th Super Bowl Halftime show :

Playing Live Concerts and Shows Over The Super Bowl Weekend :

Some of the event names that happen over the weekend are the ‘ESPN The Party‘, Rolling Stone Magazine party, Verizon’s go90 Live (which is a free concert series), DirecTV and Pepsi parties, SiriusXM Live broadcast party and more.

We hope you enjoy the big game!

Super Bowl Halftime is going to be one heck of a show! So many great live performances to watch. See Metallica live the night before!