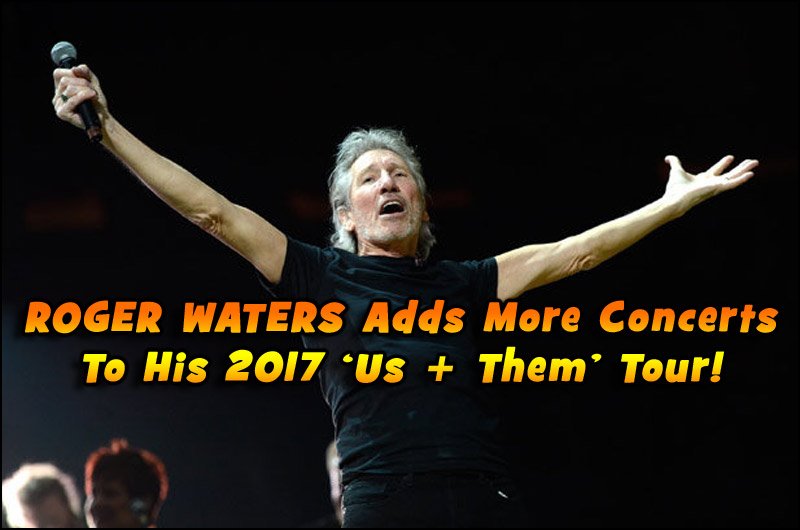 Roger Waters has just added a good handful of new concert dates to his upcoming US + Them tour. So far, there are 11 new dates, nine of whic are in new cities. In Denver and Los Angeles, two cities that already had shows, additional nights were tacked on. The Us + Them North American Tour is set to launch on May 26 in Kansas City and wrap up on Oct. 28 in Vancouver. The cities that were just added to the tour include Oakland, New Orleans, Nashville and Cleveland.

You can see the full list of 2017 tour dates on our Roger Waters Tour Page. (You can also look for tickets and watch a few cool videos)
In addition to his tour, Roger Waters has a new album set to be released soon. While no official date has been announced yet for ‘Is This The Life We Really Want?’, the record will probably be out around the about the same time his tour begins. The record will be his first solo album since 1992’s Amused to Death, and as a fan, I can personally tell you that we are all extremely psyched for that.


Don’t forget to check out our ROGER WATERS Tour Page for all his latest tour into, look for tickets and more.

Roger Waters continues to add dates to his upcoming tour AND he has a new album coming out!