Foo Fighters perform secret concert in FROME UK and stream it live to everyone. Watch it here. 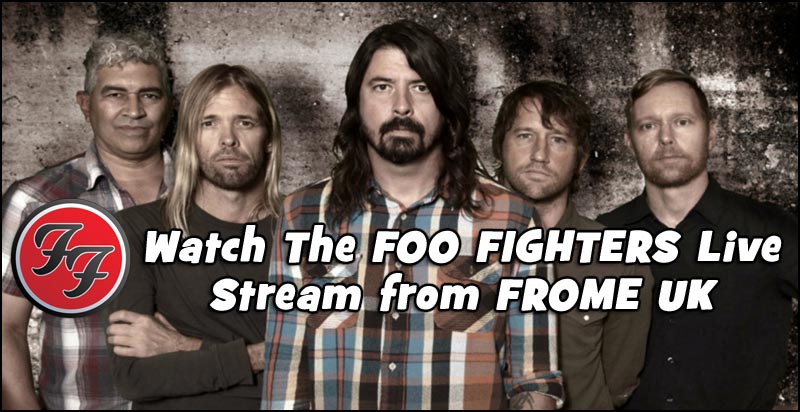 Rock band FOO FIGHTERS took everyone by surprise on February 24th and did a surprise streaming feed which basically outlined some of the musical festivals they will be performing at this year, plus they played a great live concert. All live and streaming for free. It was quite awesome and there were at least tens of thousands of ‘watchers’ on just the feed that I personally watched. Who knows how many people in total watched it live.

Don’t worry if you missed it though. Many people recorded it and we have different versions below. You can watch the whole thing in it’s entirety, or just watch specific songs. We tried to find as many different videos as possible (see below). The band sounded great and of course Dave Grohl was his typical happy and witty self. Although I really wish that musicians would keep themselves out of the political scene. I won’t go into what Dave Grohl felt he had to say, but let’s just say I think it’s the wrong place and the wrong time. People want to hear your music, so please just play and entertain us.

Check out the FOO FIGHTERS videos below from Frome UK and crank up your speakers!

Check out the videos BELOW from the surprise streaming show that the FOO FIGHTERS put on in FROME UK.