Tom Petty Honored As MusiCares Person Of The Year 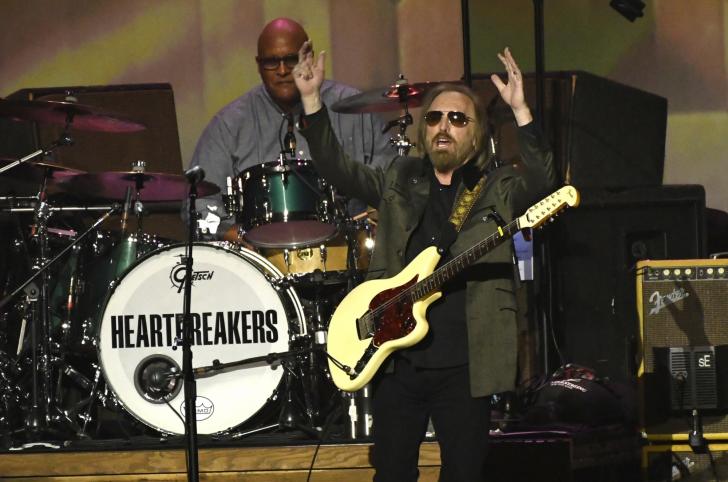 Did you miss it? Musician Tom Petty was honored as MusiCares Person Of The Year :

Tom Petty was honored in recognition of his significant creative accomplishments, his career-long interest in defending artists’ rights, and the charitable work he has undertaken throughout his career, which has notably focused on the homeless population in Los Angeles. Widely recognized by a younger generation of musicians as an example of what an engaged artist can accomplish in his field and beyond, Petty has come to represent the lasting possibilities of rock and roll.

“Tom burst into our musical consciousness and never let go,” said Neil Portnow, President/CEO of the MusiCares Foundation. “His brand of rock and roll benefits from a celebratory rebelliousness, infectious rhythms, and unforgettable lyrics that are incised in our imaginations. His artistic talents coupled with his quiet philanthropy make him a great MusiCares Person of the Year honoree, and we are very fortunate to have the support of our Board, past honorees, and the musical community around this special event.”

“I am so very pleased to be honored as the MusiCares Person of the Year. I have so much respect for this organization, which really does care about the people in our industry,” said Petty. “I myself know many people who MusiCares has aided in desperate situations. Again, let me say this is a true honor.”


Watch Tom Petty Accept The Honor Of 2017 MusiCares Person Of The Year :
The skilled guitarist has been breaking hearts and penning hits for four decades, and regaled a crowd of fellow artists and music insiders when he accepted the honor.

Tom Petty and The Heartbreakers take to the stage to cranks out all your favorite songs.