After crushing the Grammys, Bruno Mars steps out on tour 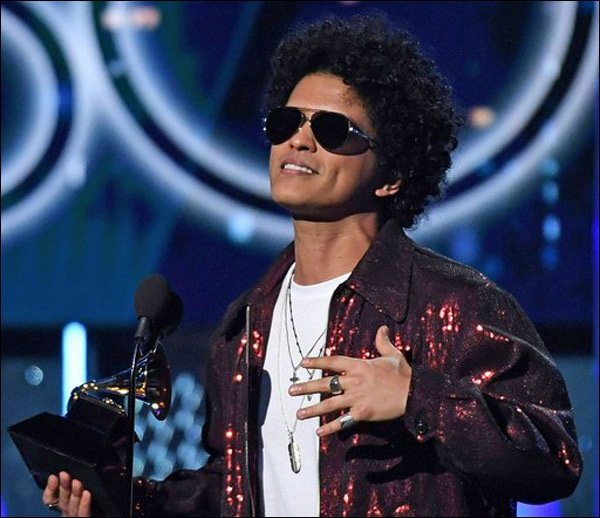 Back in January were the Grammy Awards and if you missed it, Bruno Mars cleaned up. Bruno Mars took home awards for Album of the Year, Record of the Year and Song of the Year, as well as best R&B Performance, Best R&B Album, Best R&B Song and Best Engineered Album, Non-Classical. This made him the most popular person at this year’s event. All these nominations and awards are due to his album 24K Magic and the songs on it. Especially the songs ’24K Magic” and “That’s What I Like”, both of which won awards for Bruno Mars. He did partially tour at the end of last year, in support of his new album, but this 2018 year is different and he’s already began to list out his 2018 tour itinerary. Dubbed as the 24K Magic World Tour 2018, it appears as if Bruno Mars will be quite busy again this year. Being popular is a very time consuming thing and Bruno Mars is no exception to the rule. Check out our Bruno Mars tour page for all the latest on his tour. Below you’ll find some videos of him performing live, just a taste of what you are in for if you plan on going to see him in concert.

Bruno Mars received 7 Grammys, including Album, Song and Record of the Year. Don’t miss him on tour this year!

Bruno Mars and Cardi B – Finesse (LIVE From The 60th GRAMMYs ®)