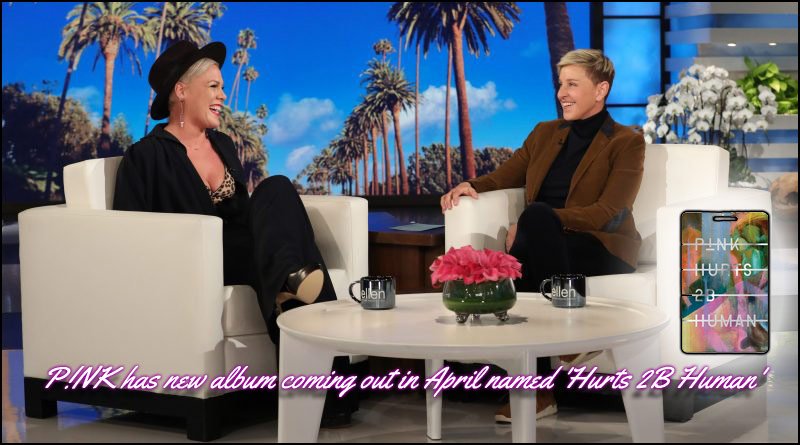 It’s been about a year and a half since P!NK released her Grammy nominated album Beautiful Trauma, but she’s obviously been hard at work. News was just released that PINK is already ready to release her next new album. During an interview on The Ellen DeGeneres Show, P!NK revealed the news that her new record, which is titled Hurts 2B Human, will be out this coming April. The first single of the album is a song called “Walk Me Home,” which is due out shortly on its own. After Ellen basically begged her, P!NK sang part of the new song right there on the spot and the crowd loved it. The Lyrics went : “Walk me home in the dead of night, I can’t be alone with all that’s on my mind, Say you’ll stay with me tonight, Cause there is so much wrong going on outside”. P!NK also said that she will be recording a music video for her song “Walk Me Home” with director Michael Gracey, and she’s super excited. If you’re not familiar with Michael Gracey, he directed the film The Greatest Showman, and late last year, P!NK recorded a cover of the film’s song, “A Million Dreams,” for The Greatest Showman – Reimagined compilation. Scroll down below to watch the video clip of P!NK on the Ellen show from just the other day.

P!NK has new album coming in April named ‘Hurts 2B Human’ and she samples one of the singles in the video below. 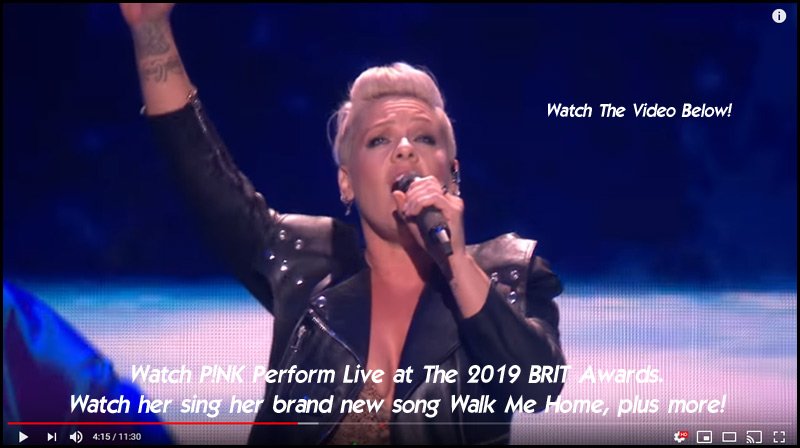 Watch P!NK Perform Live at The BRIT Awards 2019. Watch her sing her brand new song Walk Me Home, plus more.

P!NK – Live at The BRIT Awards 2019
Watch P!NK perform Walk Me Home, Just Like Fire, Just Give Me A Reason, Try and What About Us.