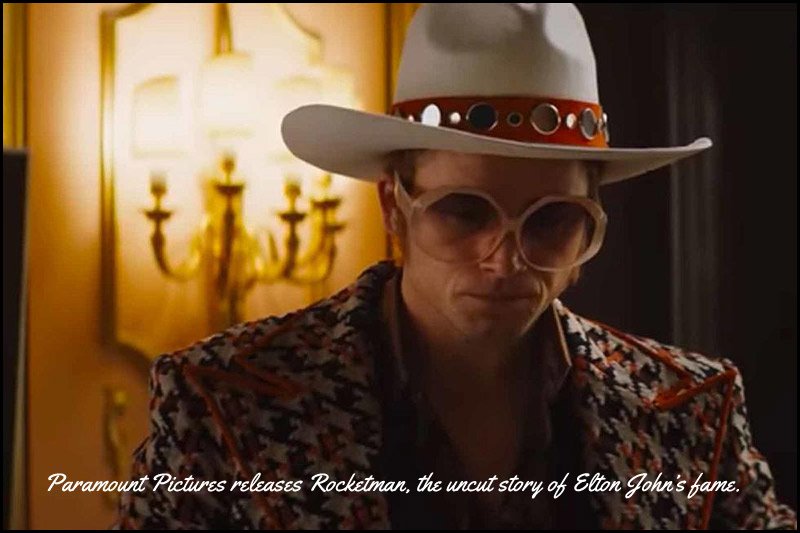 ROCKETMAN, the upcoming movie, is an epic musical fantasy about the uncut real story of Elton John and the years of when he began to break through in the music industry. You can watch the video trailer below. The movie stars Taron Egerton (as the rock icon himself), Jamie Bell, Richard Madden and Bryce Dallas Howard. Paramount Pictures has just put out the full movie trailer for Rocketman, a flick about the life of Elton John which stars Taron Egerton as the musical legend. The video movie trailer can be watched below. Taron Egerton recorded his own vocals for the movie and, earlier this week, a clip featuring him singing “Tiny Dancer” in the film came out. It was said that Elton John didn’t want Egerton to try to sound exactly like him as a singer. Elton said, ‘I don’t think I’ve ever heard anyone sing my songs better than Taron.’ The producer of the soundtrack was overheard saying “The great thing about Elton is, he wants Taron’s interpretations of his songs.”

Last year, Egerton argued about the idea that Rocketman is a traditional biopic. “It isn’t,” he said. “It’s a fantasy musical, so it’s actually his songs used to express important beats in his life at emotional moments. He’s not the only character that sings. It’s going to be a lot of fun. I’m going to do it all. I’m going to do it on set as well. We’re going to use a variety of techniques but I will always be singing on set. No miming. I’m just not interested in doing it that way.”

The full trailer for Paramount Pictures’ ROCKETMAN has been released. It stars Taron Egerton as Elton John. Watch the video below.