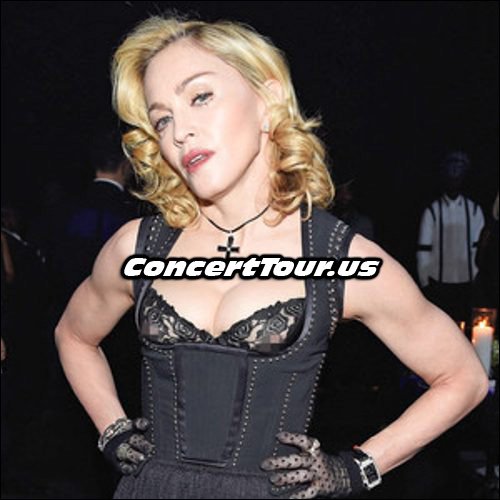 That’s right, the queen Diva herself, Madonna, has released her 2015 tour plans as she makes announcement about her Rebel Heart Tour where she will be on tour across the globe. This concert tour will have Madonna performing live shows in Germany, Sweden, Denmark, Italy, Spain, Belgium, the UK, Holland, France, North America, Puerto Rico and many more places. It’s been a few years since Madonna has had such a large tour on schedule, but she’s Madonna and can do anything she puts her mind too. While she may not be as young as she used to be, but she still is an amazing entertainer and performer. She’s also got a huge following and many super hits songs that are known by everyone. Fans should be excited and tickets to her concerts will probably go quickly. Check out our Madonna Tour Page for the latest Madonna tour dates, links to look for Madonna concert tickets plus some cool Madonna music videos and pictures.