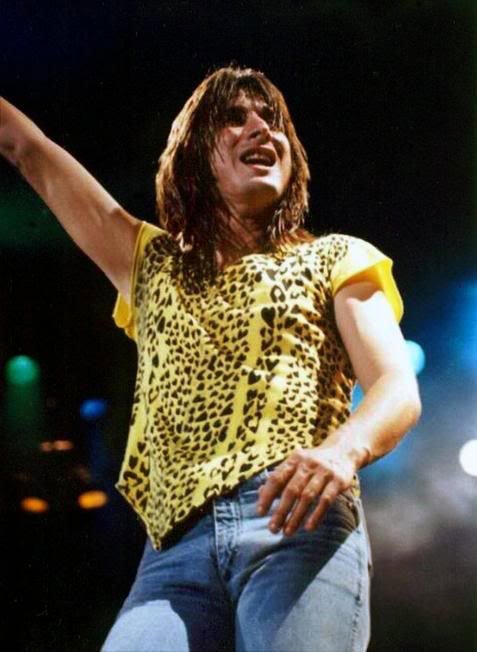 Steve Perry has been very quiet about whether he’ll be on stage with the band when Journey is inducted into the Rock and Roll Hall of Fame, which takes place on April 7th. According to band’s keyboardist Jonathan Cain, all the guys are expecting to see its former singer there. Cain let that news slip during a recent interview with the Dayton Daily News to promote the group’s gig in nearby Fairborn on April 4. Asked about his feelings regarding the induction, he quipped that Journey were only getting “the nod” after all their opening acts had already gotten in, then revealed that an opportunity to catch up with Perry is one of the reasons he’s looking forward to the ceremony. “The ceremony is the first time we’re going to get to see Steve Perry in a long time,” said Cain. “So that’ll be fun.”

While it’ll be great to see Perry and his former band-mates back just in the same room together again, Cain cautioned that fans shouldn’t expect a reunion performance during the evening’s festivities. “As far as we know, he’s just going to accept the award and then skedaddle,” he added. “That’s all I know, unless something changes.”

Also according to Cain, present Journey frontman Arnel Pineda will be on hand to “represent very well, like he always does”; Continuing a tenure that, while it started after the group’s most commercially successful period, has earned respect in its own right.

We would honestly love to see Steve Perry back with the band Journey, and to also do a tour of all their classic great hits. Will that ever happen, I guess we will just have to wait and see.

Don’t miss this year’s Rock and Roll Hall of Fame inductions because Journey will be there hopefully with Steve Perry.

Will Steve Perry EVER join Journey on tour? We surely hope so! Let’s just wait and see.