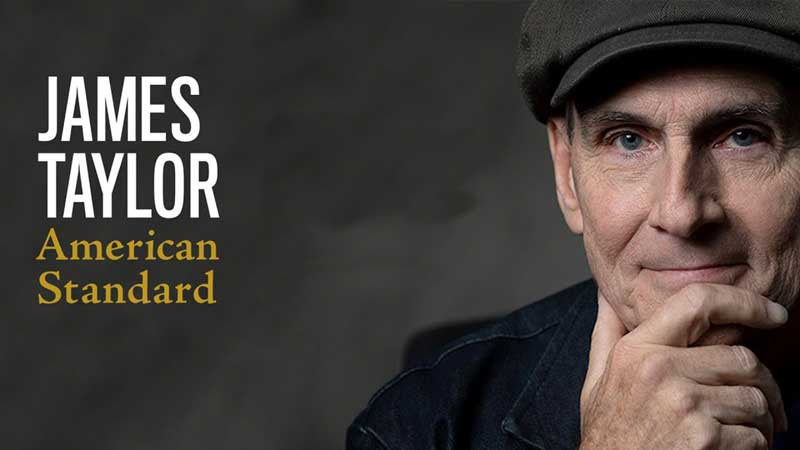 James Taylor has just set a couple of records when it comes to 2 popular music charts. American Standard, which is the latest studio album release from James Taylor, has just debuted at the number 4 (four) spot on the Billboard 200 album music chart. That is actually the 13th time that James Taylor has had a Top 10 (ten) album, which is quite impressive. To top that, the album makes James Taylor the first performer to have a Top 10 album consistently in each of the past 6 (six) decades. According to Billboard, James Taylor’s 1970’s decade scored him his first 6 (six) Top 10 albums. During the 1980’s, he grabbed another Top 10 spot, and then another in the 1990’s. From 2000 – 2009 he had another two. And another two during the 2010’a and most recently, in 2020 with his album American Standard. Hot on his heels to set the same record (or break it) are other musical superstars including Tom Petty, Michael Jackson (both who have passed), Santana, Bette Midler, Bruce Springsteen, Bob Seger, Paul McCartney, Barbra Streisand, The Rolling Stones, Eric Clapton and Neil Diamond. That’s some set of names to be associated with. It’s not like he’ll ever read this, but all we have to say is Congrats to James Taylor!

Written and posted by Gabrielle Cooper