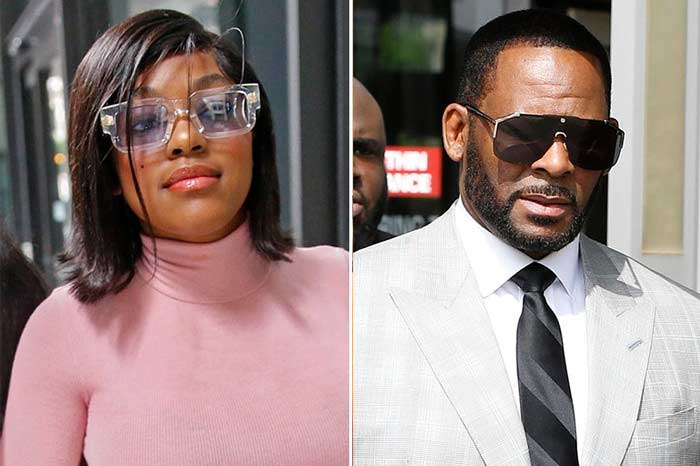 Azriel Clary, an ex-girlfriend of R. Kelly, has recently opened up about the relationship the two had together. Set aside all the existing state and federal sexual related charges that R. Kelly is presently facing, Azriel Clary told more disturbing stories about the pop singer. During a recent documentary called Precendence, Azriel is speaking with federal agents over the phone concerning certain audio tapes that are being used as evidence against R. Kelly during one of his upcoming trials. In the documentary, Azriel reluctantly says “He has a video of me, um, he made me do this video actually…of me doing a number 2 in a cup and then eating it out of the cup.”. She continues, as she’s also bawling (crying), and describes how she then told R. Kelly “It’s done, its over, you may not ever make it to trial. I’m so sorry for you. I’m sorry. I really did love you and you lied to me, you used me and you played me.”

R. Kelly has pleaded not guilty on every single charge and allegation. This past Thursday, his attorney entered a not guilty plea on his behalf for his court case in Chicago where he faces a federal indictment that includes sex abuse allegations and multiple counts of child pornography. He’s also facing addition charges in the states of Illinois, Minnesota and New York. Those charges include sexual assault and racketeering. R. Kelly maintains his innocence on every single charge.

Azriel Clary talks about one of R. Kelly’s gross fetishes.

Written and Posted by Jennifer Kingsman