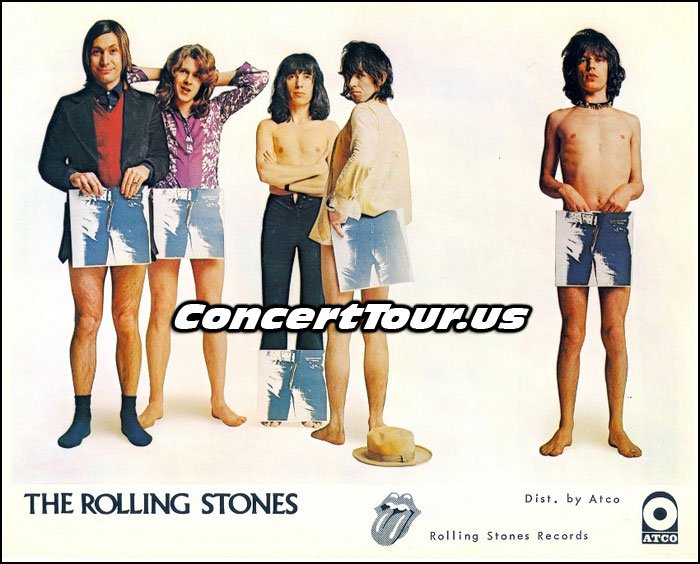 It was about 45 years ago, back on April 23rd of 1971 when Mick Taylor and The Rolling Stones released their highly acclaimed album Sticky Fingers. By this moment in time, The Beatles had already broken up and it was time for The Rolling Stones to take all of the spot light that they could grab. This album, Sticky Fingers, helped the Stones get well on their way to be one of the greatest rock and roll bands ever. The album showed great diversity and many of the songs are still huge hits today. The album also created controversy due its it’s front cover which depicted a ‘bulging’ young man’s jeans with a workable zipper on it. It was rude and crude, yet awesome at the same time, just like the music that came from this popular album. The Rolling Stones are actually on tour this year and you can check out our ROLLING STONES TOUR PAGE to see the latest list of Rolling Stones tour dates, links to look for Rolling Stones concert tickets and listen to some cool Rolling Stones music videos.