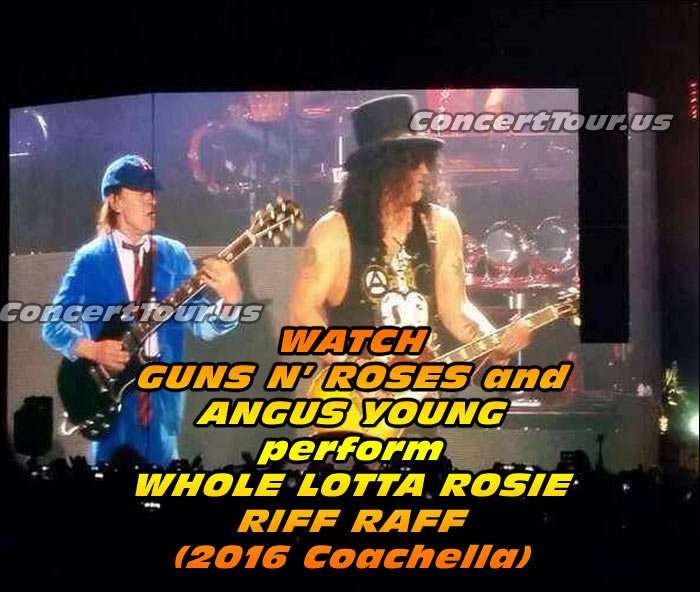 The 2016 Coachello music festival started out with a big bang when Guns N’ Roses were on stage and out walked Angus Young of AC/DC. After a lot of cheers, they went right into one of AC/DC’s great classics ‘Whole Lotta Rosie‘. For anyone that though Axl Rose was going to do a bad job as a temporary AC/DC frontman, you were obviously wrong. Axl sounded great, from his throne chair, which he has to sit on due to him breaking his foot at one of their early concerts. You could also tell that Slash and Axl were super smiling being on stage with such a rock and roll icon such as Angus Young.

The songs they performed sounded great, and again, Axl did an awesome job. Catch both videos below. ‘Whole Lotta Rosie‘ and ‘Riff Raff‘ …

Guns N’ Roses & Angus Young on stage together!! Scroll down to watch the videos.