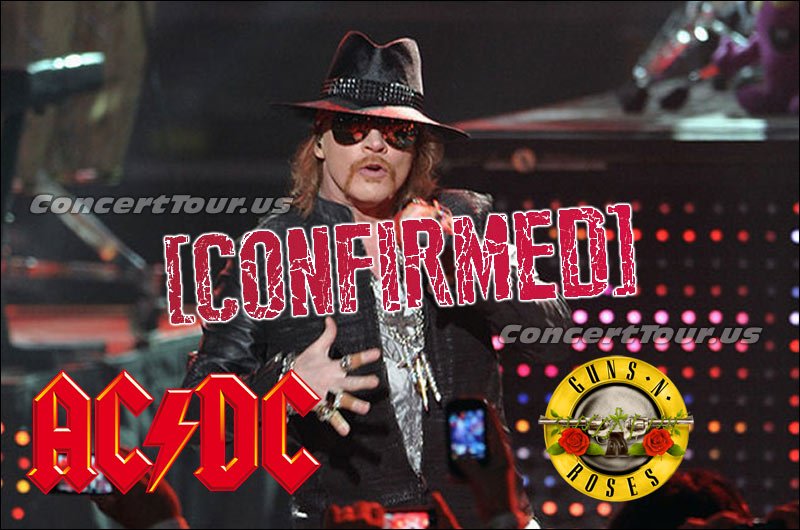 It was about time, the ‘we thought it would never happen‘ Guns N’ Roses reunion concert came to to be and the band’s fans could not be happier to see most of the original line-up back together. For Axl Rose though, he is just scratching the surface of his career revival as he is set to be the vocalist of another iconic rock band, AC/DC. Guns N’ Roses started their reunion shows during the first week of April as they performed a secret one-off concert at the Troubadour in West Hollywood, California. The show went off great, no one was late and even Axl sounded awesome. Sadly, Axl Rose then happened to break one of his legs, but the shows went on thanks to Foo Fighters’ front man David Grohl lending Rose his custom throne. Then, they headlined this year’s Coachella 2016 (See Video Below!) and they are now about to begin their stadium tour.


Even better for Axl Rose fans, Rose will also be joining hard rock band AC/DC as he will replace Brian Johnson, in their Rock or Bust tour. The 68 year-old Brian Johnson was recently warned by doctors that he’s in danger of going deaf if he continues touring with the band. Should everything go well for Rose and both bands, Axl Rose is expected to go on 35 shows for this year. This is definitely one of the greatest stories in the music scene this year according to the legendary Alice Cooper. When he first heard of the news, he thought it was only a joke, but then he realized, it was actually a brilliant idea. Said Alice Cooper, Rose’s vocal prowess is one that would jive with AC/DC’s style. He also said that this is one of the rarest opportunities that fans of GnR and AC/DC should not miss.

You can check out our GUNS N’ ROSES TOUR PAGE and our AC/DC TOUR PAGE for more information about their shows.

It’s been finally confirmed! Axl Rose will finish off AC/DC’s Rock or Bust Tour with them!