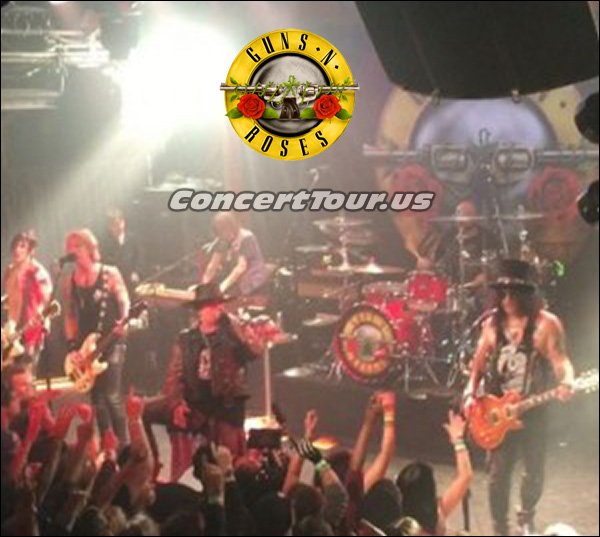 VIDEO OF THE DAY – MUSIC VIDEO – GUNS N’ ROSES – OFFICIAL VIDEO – Live from Troubadour on April 1st, 2016
It is now official that Guns N’ Roses (minus Izzy and possibly minus Adler) will reunite for a concert tour this 2016 year called ‘Not In This Lifetime’. To kick off the official announcement, the band (Axl & Slash & Duff) played a small concert at The Troubadour, where they played long ago back in the late 1980’s. Everyone expected something to happen, like Axl not showing up, or Axl being really late, but none of that happened. The two GNR heads ripped out rock and roll like they never left it. Slash was awesome and even Axl sounded quite good.

Below is the Official GNR Release of the show AND some NEW longer clips of them performing It’s So Easy off their huge album Appetite For Destruction. Yes the video clip is small, but you can still hear how they sound. We will post more videos from that night as we get a hold of them.

Check out our Guns N’ Roses Tour Page for the latest on their tour schedule, look for tickets and watch some cool videos.

Not In This Lifetime, Huh? One Week Ago… http://livemu.sc/GNRtix #GnFnRCurated by Blaine Halvorson of MadeWorn


PS – Check out our Guns N’ Roses Tour Page for the latest on their tour schedule, look for tickets and watch some cool videos.

Check out Axl Rose and Slash who both blew the doors off of the Troubadour on April 1st. 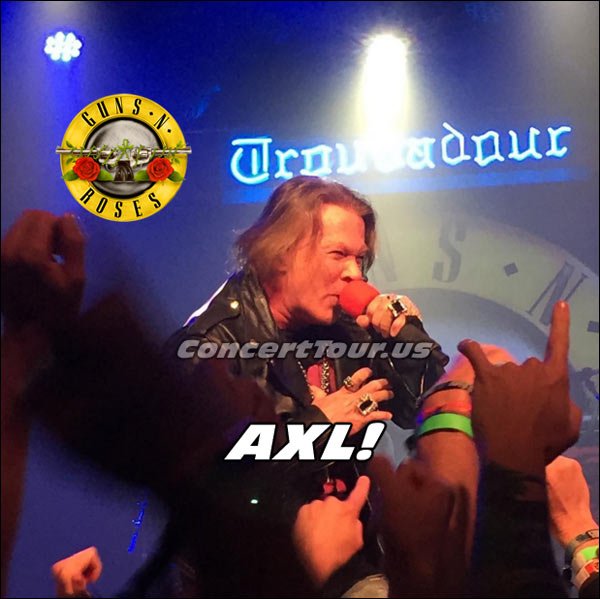 That’s right! It’s AXL ROSE from the GnR Performance at The Troubadour. 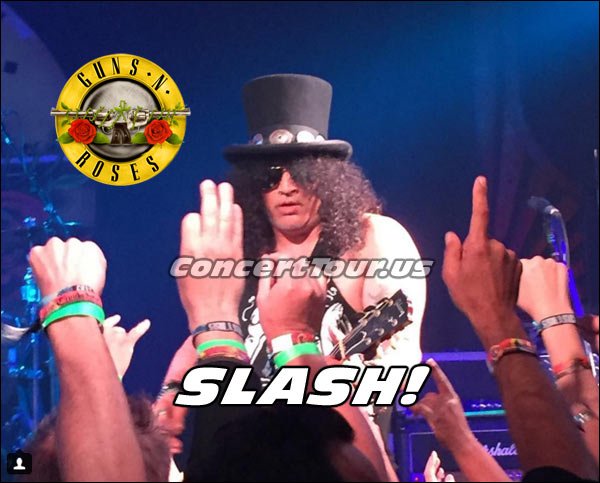 That’s right! It’s SLASH from the GnR Performance at The Troubadour. 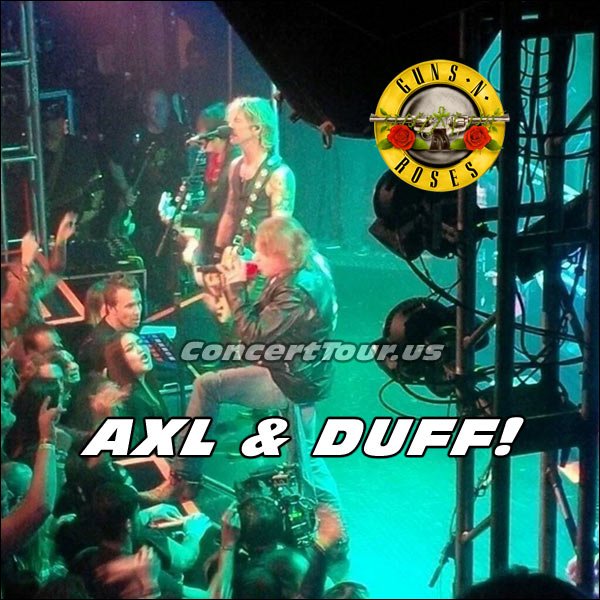 That’s right! It’s AXL and Duff from the GnR Performance at The Troubadour. 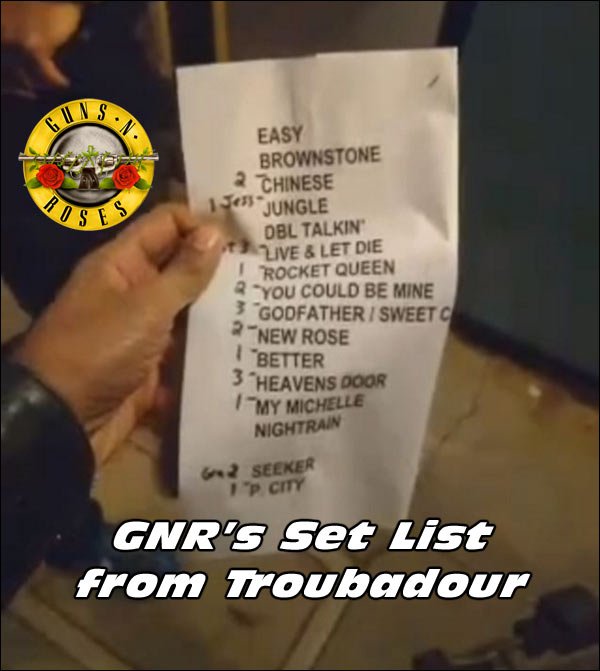 Set list from the Guns N’ Roses show at the Troubadour.