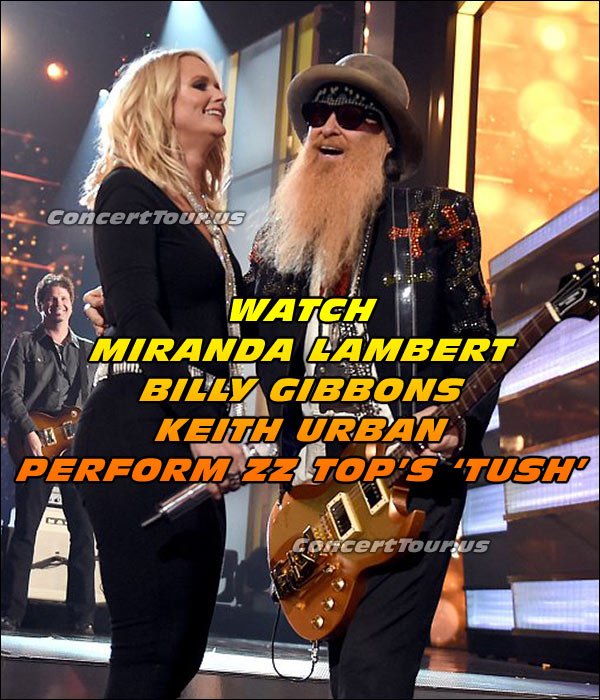 At the most recent ACM Awards Show, country sweetheart Miranda Lambert hit the stage to perform the song ‘Tush‘ by ZZ Top. Little did we know that she was going to have 2 great special guests help her out. Both Billy Gibbons and Keith Urban came out and cranked up the sound to perform with her. The performance was definitely one of the highlights of the night and you can check out the actual video of it below. While usually both Miranda Lambert and Keith Urban are strictly country music, they put on their rock-n-roll boots and really jammed well with Billy Gibbons.

The night was quite memorable for everyone, especially Miranda Lambert who showed off her rocker side by playing ZZ Top and she won the Award for Female Vocalist of the Year. That’s a huge endorsement from the ACM and all country music fans. Just an FYI; ACM stands for Academy of Country Music. The first ACM awards ever were held all the way back in 1966. (Don’t Forget, Scroll down for the video!)

Also, check out our Tour Pages for ZZ TOP, Miranda Lambert and Keith Urban to see their own tour itineraries for the year.