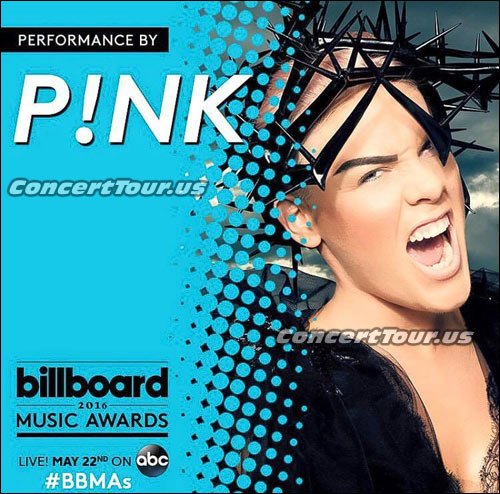 Fans of the stunning female musician PINK (also known as P!NK) are extremely psyched at the news that the performer will be live at this year’s Billboard Music Awards Show on May 22nd. The Awards show, along with P!NK and many other live performers, will be aired on your local CBS channel. The hot hashtag to refer to the show is #BBMAs and the show is always a great event to experience. If you are lucky enough to be there, then kudos to you, but most of us will have no choice but to watch from home, which is still a big thrill. No word yet on if PINK will perform anything else, fans have been expecting a new album but what they will definitely get is a live version of P!NK’s latest release, Just Like Fire, which is from the soundtrack to the movie ‘Alice Through The Looking Glass‘ (to be released May 27, 2016) which is the 2nd movie in succession from Tim Burton’s Alice In Wonderland which starred Johnny Depp and was released back in 2010.

For now, fans will just have to deal with the music videos that P!NK puts out. We’ve got a few of them laid out below. If you are a P!NK fan, get ready to rock-n-roll and dance! I can almost feel it that PINK has something big planned for this year. Hopefully it’s a new album fill with her great music, and then a big ol’ concert tour to support her new music. Maybe at the BBMAs she will hint at something. Wait and see I guess. 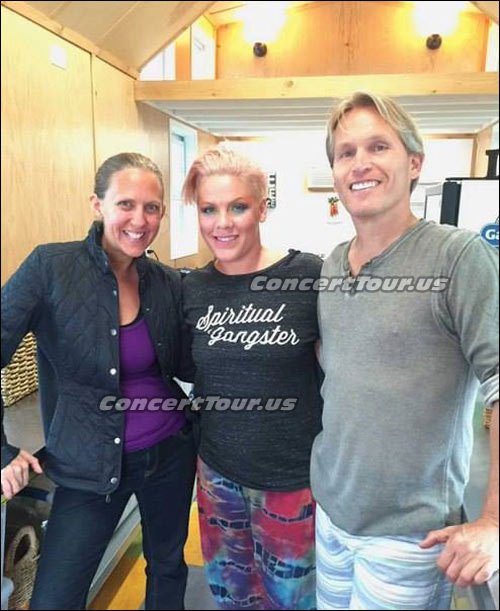 Picture of ‘Behind The Scenes’ of P!NK & company practicing and getting ready for their live performance.


MUSIC VIDEO – P!NK – Glitter In The Air (GRAMMYs on CBS)