Bored? 2017 Summer Concerts Are On Their Way! Check Out Who Will Be On Tour Right Here. 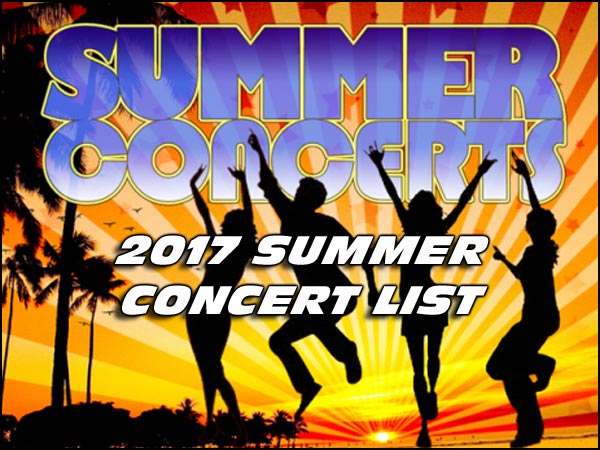 Spring time is here, which means Summer Concerts are on their way! Check out our 2017 Summer Concert Tour list below to see which one of your favorite entertainers will be performing at a venue near you. Last year’s summer line-ups were pretty good, so we are hoping that this year’s will be even better. So far it looks to be a great summer with not only great classic bands reuniting, but you can also catch today’s hottest music stars, lots of country music and loads music festivals. Try not to spend all you money on one sow, because we would almost bet that out of the list of summer events below, you’ll want to see more than one of them.

This 2017 Summer Concert Tour list will be updated regularly as new performers officially announce their tour plans. Click on any of the entertainer names to be take to their Tour Page so you can check out their complete tour information, look for ticket and see some other cool stuff. If you see that we missed anyone, just comment below and we will add them!

(New Acts Will Be Added As They Are Announced)

We hope that you have an awesome 2017 Summer! With all this great live music to choose from, we’re pretty sure that won’t be a problem.