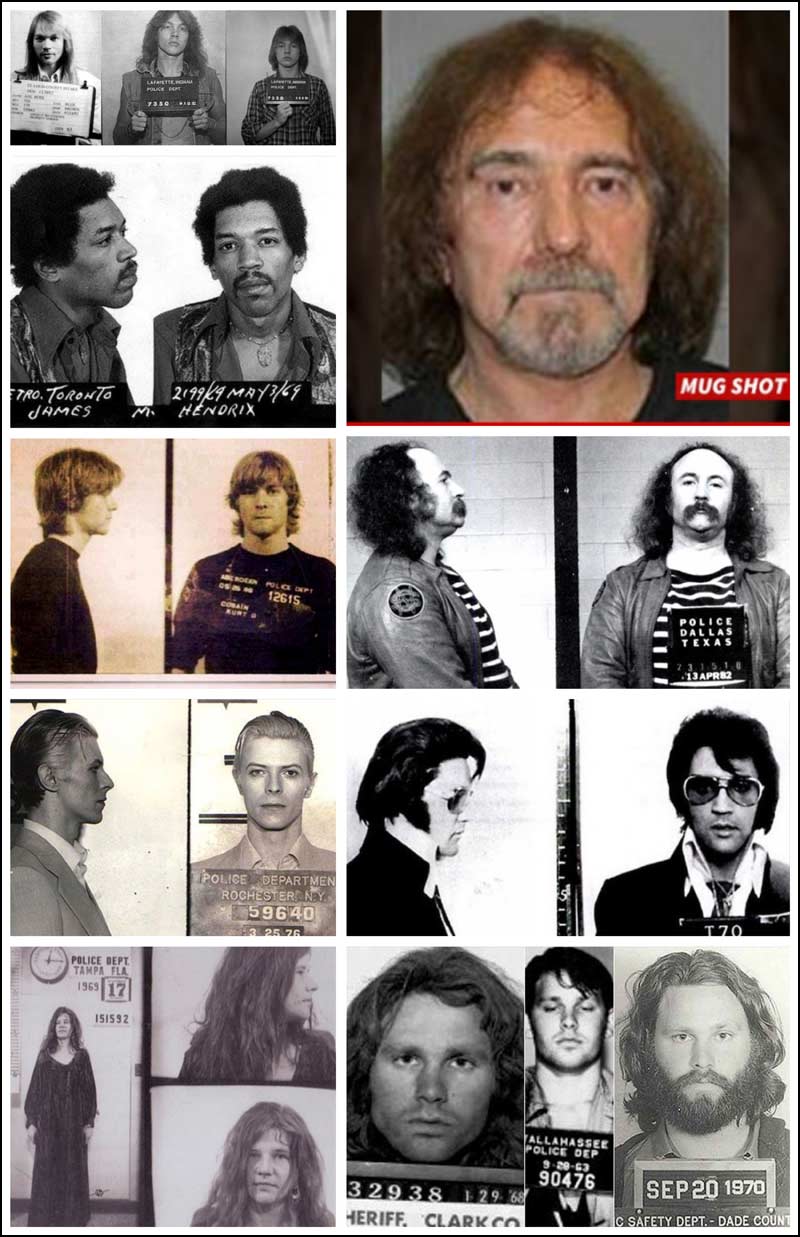 We all know that through out history, it’s been proven that musicians are not always angels. They don’t always follow the letter of the law. Plenty of very famous musicians have had their run-ins with the police, and have ended up getting arrested. Some multiple times. Included in the list of arrested bad-boys/girls are Axl Rose (of Guns n’ Roses), David Bowie, David Crosby, Elvis, Jimi Hendrix, Jim Morrison (of The Doors; in fact we found at least 3 different ones), Marilyn Manson, Kurt Cobain, Mick Jagger (of The Rolling Stones; we found at least 2 of Mick), Keith Richards (also of The Rolling Stones), Ozzy Osbourne (is there ANYTHING Ozzy hasn’t done??), Prince, Sid Vicious, Geezer Butler (of Black Sabbath) and Steven Tyler (of Aerosmith). Of course there’s most definitely a lot more although we found pictures of the mugshots, or booking photos, of everyone on the list we just mentioned. The offenses range from drugs, to violence, to outright crazy things. Check out the photos below that we’ve collected of musicians and their arrest photos. 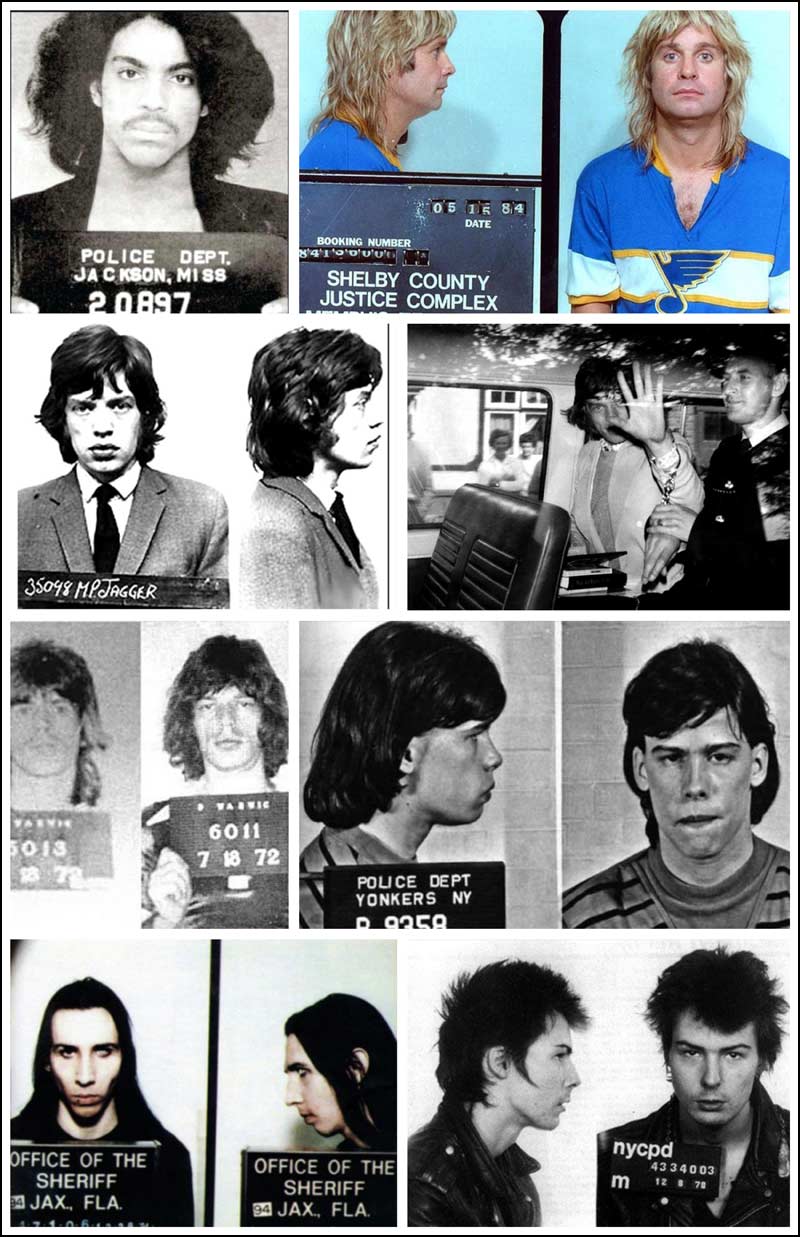