P!NK Jokingly Admits That She and Carey Hart Are ‘Due’ for Their Third Break Up In Ten Years 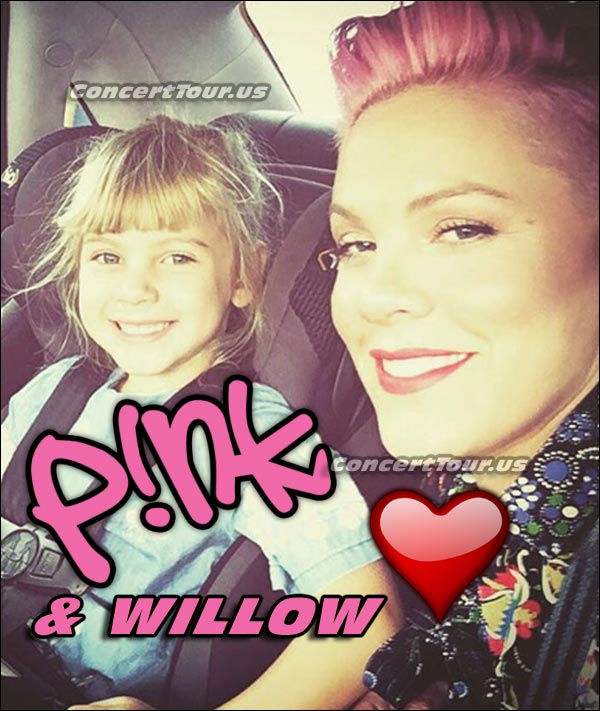 P!nk just got very honest about her life and relationship with her husband Carey Hart. So far, throughout their past, the two have split up twice already, and it appears as if the third time may be just around the corner. That’s according to PINK when she appeared on the Ellen Show just the other day. It’s been 10 years of love, romance and also turmoil and rocky times.

“Today is a good day,” the PINK told Ellen DeGeneres on Ellen’s show. “We take breaks. We’ve had two breaks,” P!NK said, stressing that their 2 big past break ups (neither of which lasted more than a year) took place before her daughter Willow was born, which was back in 2011.
P!nk even joked that they’re “due” for another break up. To which Ellen responded, “What was your last fight?”.

PINK continued, “He always falls to sleep putting Willow to bed,” P!NK began. “The other night I said, ‘Are you going to stay up tonight?’ And he said, ‘I would like to.’ I said, ‘I don’t really know what that means. Should I light candles and open wine and put on a show? Like, are we going big here? Or are you going to fall asleep again?’ So, I lit the candles and opened the wine, and an hour and a half later, [Carey was fast asleep in their daughter’s bedroom].”

“I’m caught up on Homeland, so we’re good,” she said with a chuckle. “And then he wakes up eventually; I’m pretending to be asleep. He comes in bed, it’s pitch dark; he cannot see my face, and yet he rolls over and says, ‘What’s wrong?'”

“You lit candles,” DeGeneres says. “He was supposed to go big.”

“He was. He sucks,” P!NK joked. “No, he’s good. He doesn’t. He’s very, very handsome.” More importantly, “He’s an incredible dad. That’s why he falls asleep, because Willow wants him to stay.”

Look how adorable mom and daughter are! PINK and WILLOW make this such a wonderful picture.


Check below for the video of PINK’s appearance on Ellen and you’ll catch a sneak peek of little Willow in her mom’s new music video for ‘Just Like Fire‘. COMMENTS Can be Left Below.