Stevie Nicks Duets with One Direction’s Harry Styles. Here’s ‘Leather and Lace’ filmed at The Troubadour. 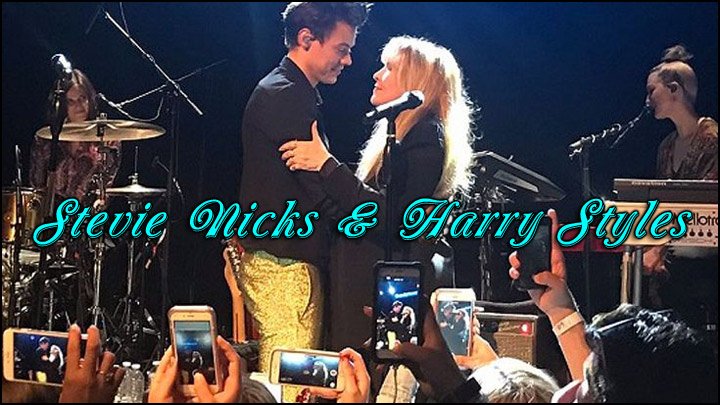 Well this was quite a change of pace for me. I mean, who would expect to find one of the greatest female voices in rock music to collaborate with a young, hip, male pop-star? Well, it just happened. Fleetwood Mac‘s queen Stevie Nicks performed an incredible duo with One Direction’s Harry Styles. No, there is no romantic connection that we are aware of, but it is two amazing singers performing together, and it is one of the greatest things you will see and hear today. The duo team of Harry Styles and Stevie Nicks perform Leather and Lace together and we have the video which was shot live at The Troubador. If you scroll down, you can find the video there to watch and enjoy.

Here’s a little known fact for you. Stevie Nicks wrote the song ‘Leather and Lace’ for artists Waylon Jennings and Jessi Colter’s album of the same name, but for some reason, the song was not included on that album. The song was originally recorded by Don Henley, who was an ex-flame of Stevie’s, in 1980 for Nicks’ debut solo album Bella Donna. Just recently though, ‘Leather and Lace‘ was introduced to a brand new generation, a generation that might know a love song or two, but none like the magic that sprang from the mind and heart of Stevie Nicks at the height of some of her most iconic romances. Watch the new duo video below.

Here’s a still photo of the duo in action; Stevie Nicks and Harry Styles from The Troubadour from the other night.