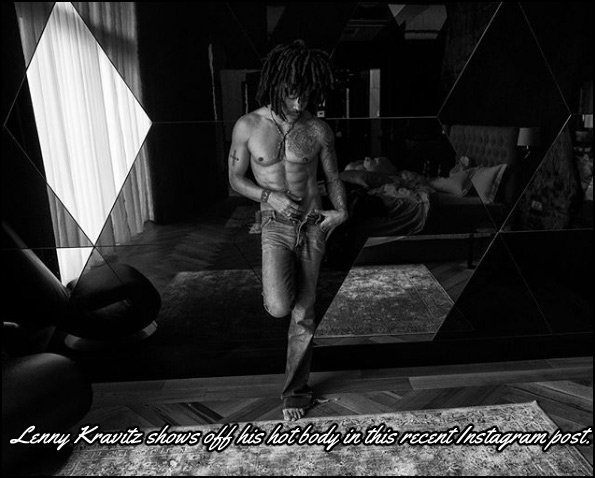 For a man who’s about to turn 55 years old, Lenny Kravitz is in the best physical shape of his life. The other day through social media, the rock star icon Lenny Kravitz showed off his chiseled body in a post that just said “Day Off. Photo Shoot.” and was accompanied with a photo taken by photographer Dave Hindley. His 2.6+ million Instagram followers went bonkers and gave him nothing high praises. In less than 20 hours the picture had more than 190,000 LIKES on Instagram, along with a lot of positive comments by his female fans. Some of the comments included “Dayum!”, “Perfection!”, “Be My Sugar Daddy!”, “OMG!!”, and a lot more, some ‘too rich’ to repost, ‘wink wink’. His hot body does not just happen naturally overnight, he works out with a trainer, and is very careful about what he eats. Back in December of 2017 he was asked about his diet and his response was “I have done nothing to my body or my face. I just wash it with water. I eat primarily raw, foods that are alive, vibrating, emit energy. I eat off the land in the Bahamas,” where he has an organic farm. He went on to say, “I’ve never felt so vibrant as I do right now.” … Check out how hot he looks in the below photo which is the exact picture that he posted.

Lenny Kravitz, who’s about to turn 55 years old, shows off his perfect body in a social media post.