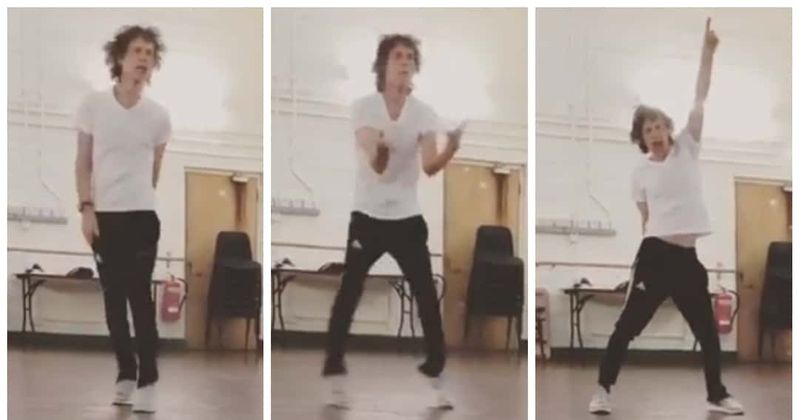 Don’t ever let anyone tell you that you can keep a good man down. Mick Jagger of the Rolling Stones is a prime example of the fact that you CAN’T keep a good man down. The 75 year old singer is back on his feet, and dancing, after recovering from heart valve surgery that forced the Rolling Stones to postpone / reschedule most of their 2019 No Filter tour dates. As you can see in the video below, Mick Jagger is recovering nicely, and is already back on his feet and dancing in the studio. He’s still got his moves and to be honest, just the fact that at his age, he can still move around like that is quite amazing, not to mention this is after his heart surgery. Only 2 of the original tour dates have remained the same, and that’s the two shows that are taking place at Soldier Field in Chicago, Illinois on June 21st and June 25th. All the other dates have been rescheduled, and they added a single date up on Ontario Canada (Their only Canadian appearance as of this writing). For a FULL LISTING of the new tour dates for the Rolling Stones 2019 No Filter Tour, visit our Rolling Stones Event Page.

Even heart surgery can’t keep Mick Jagger down. Here we see him post-surgery practicing his footwork and dance moves. See more in the video below.


VIDEO – Mick Jagger is back on his feet, already dancing, after his heart valve surgery. Check him out!