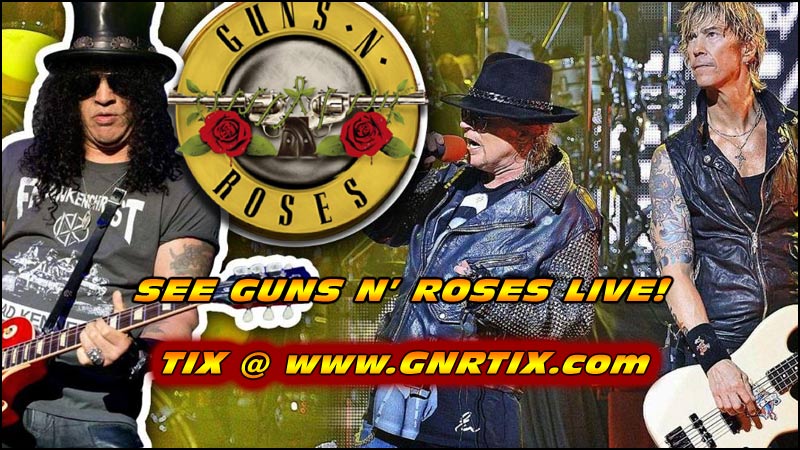 As if it wasn’t enough of a reason just to go see Guns N’ Roses in concert because they (most of the band) have reunited, and their music shaped the 1980’s rock scene, but now there’s even more. Guns N’ Roses just announced that they will have multiple big names in music opening for their concert tour ‘Not In This Lifetime‘. In light of all the controversy concerning Axl Rose fronting AC/DC, the band is ready to stay on the road and keep kicking out their rockin’ music. If you’ve actually watched some of the videos of the AC/DC concerts with Axl as lead singer, they really don’t sound that bad. No, it’s not Brian Johnson, but it’s better than nothing, and Axl actually has done a great job.

So far on the list of ‘openers’ for Guns N’ Roses include Alice in Chains, Lenny Kravitz, The Cult, Billy Talent, Skrillex, Chris Stapleton and more to be announced. Even with all those names, there are STILL a lot of shows that do NOT have an opener yet, so stay tuned for more announcements from Guns n’ Roses concerning this.

Here’s the latest list of GnR Tour Dates and who will be with them :

Check back often as we will update the openers as they are announced.

Don’t Miss Your Chance To See Guns N’ Roses live in concert with some other great bands as opening acts.

MUSIC VIDEO – Guns N’ Roses – You Could Be Mine (Live)