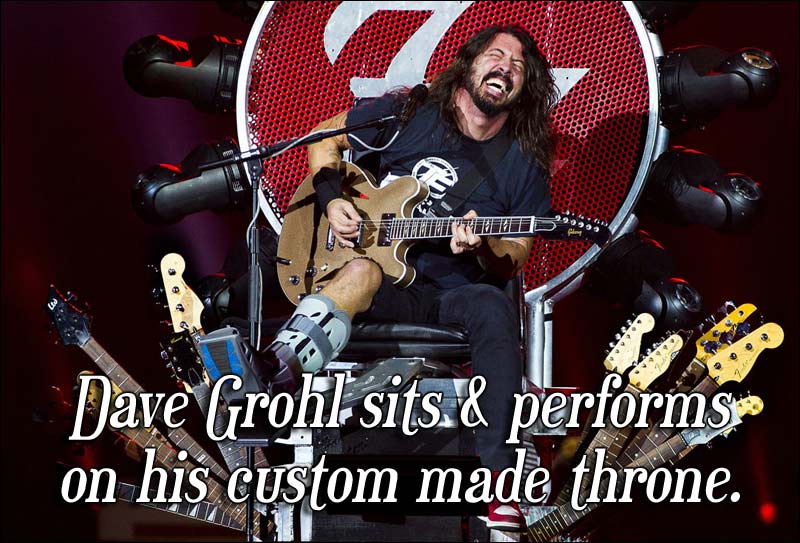 I know, I know, it’s not funny to goof around faking that someone got hurt, but we had nothing to do with it and are only sharing the word. Most people are familiar with the original fall the Dave Grohl, of the Foo Fighters, took when he fell off the stage three years ago in Gothenburg, Sweden. It was right in the middle of the Foo Fighter’s concert, and the fall did break Grohl’s foot, however he refused to cancel the concert. Dave Grohl sat with his leg and foot elevated, in a temporary cast and finished the concert. After the show he was so stoned on pain killers that he designed this freaky looking throne for him to sit on for the rest of their tour. This time however, it’s been three years since the real fall, and the band was back in Gothenburg and figured they’d pull a prank on the audience. A Dave Grohl look-alike came out at the beginning and pretended to fall off the stage. Right after though, the real Dave Grohl appeared from a side stage entrance and the band broke out in ‘All My Life’ and proceeded to jam their concert. It was pretty funny and you can watch the video below to see exactly what happened.

Here is Dave Grohl on the ‘throne’ that he designed after his foot was broken during a concert in Sweden three years ago.