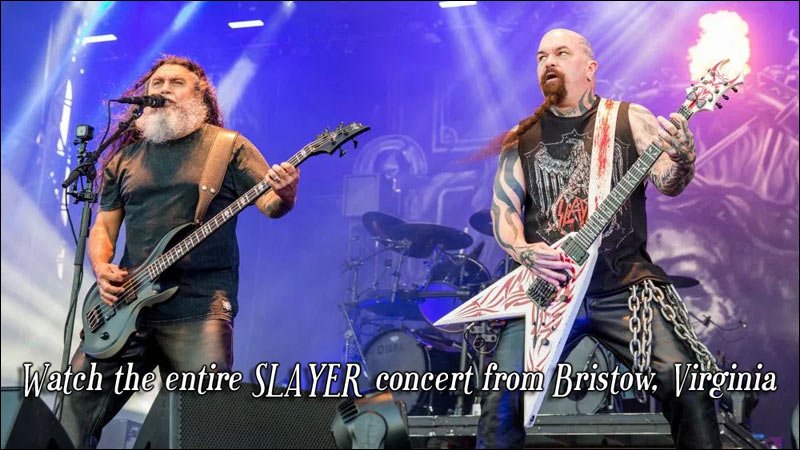 The heavy metal band Slayer is on the 2nd leg of it’s Farewell tour. They are on the road with Lamb Of God, Anthrax and some other heavy hitters in metal music. This tour is a big deal for fans of metal and of the band Slayer because it is their ‘final’ tour and they have said there will be no more after this. Although we hear this from many entertainers and groups, yet many times they do stage a comeback, I personally believe that this is the final run for Slayer, and that they will be hanging it up after this tour. SLAYER had recently began its farewell tour on May 10th at the Valley View Casino Center in San Diego, California. This past January, SLAYER admitted that it would do one last global concert tour to say thank you to their fans for all of their support over the many years, for making the last three and a half decades so jammed full with good times and unforgettable experiences, and then move on to other things.

The footage we are highlighting here was fan filmed on June 10th at the Jiffy Lube Live venue in Bristow Virginia, and it’s pretty much the entire concert.

The set list for the show that was fan filmed (and can be found below) :

Scroll down for the video itself.

Some cool fan caught the entire Bristow concert of Slayer on video! Check out the video below and turn up your sound.