Bob Seger not ready to ‘turn the page’ on his final tour; Adds more dates 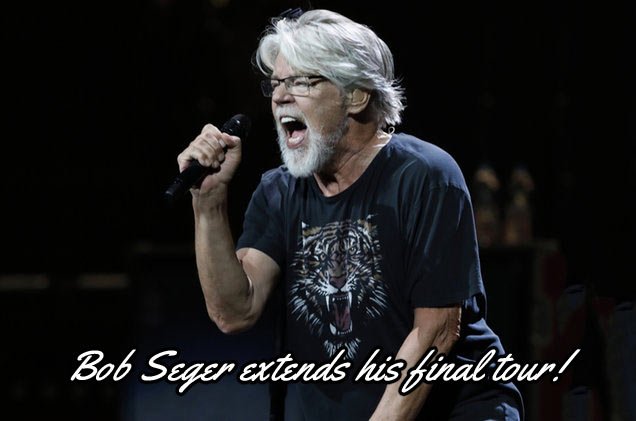 With a musical career that spans almost 60 years, Bob Seger is still not ready for it to end. Even though the rock and roll icon has already tagged his present tour as his ‘final tour’, he’s still not near the finish line. Recently it appeared that his 2019 Travelin’ Man tour was going to come to an end in the final part of June (with multiple dates at the DTE Energy Music Theatre in Detroit, Michigan) but now new dates have been added and the tour doesn’t seem to stop until the first week of October when he (and The Silver Bullet Band) are set to perform at Bankers Life Fieldhouse in Indianapolis. Indiana. The added shows take place in the following cities beginning on September 12th : Rapid City, Fargo, Bozeman, Spokane, Tacoma, Eugene, Mountain View, Salt Lake City, Columbia and Indianapolis. For his exact tour itinerary, visit our Bob Seger event page. Even though fans in North America are excited about the extension of his present tour, many are upset that he will not be visiting their town or anywhere near it. I’m sure it’s hard for performers to lay out their final tour plans, but here’s to hoping that Bob Seger can visit and perform in as many cities as possible so he doesn’t leave fans high and dry.

Bob Seger extends his final tour with another 10 event dates. Don’t miss your chance to see him live in concert.