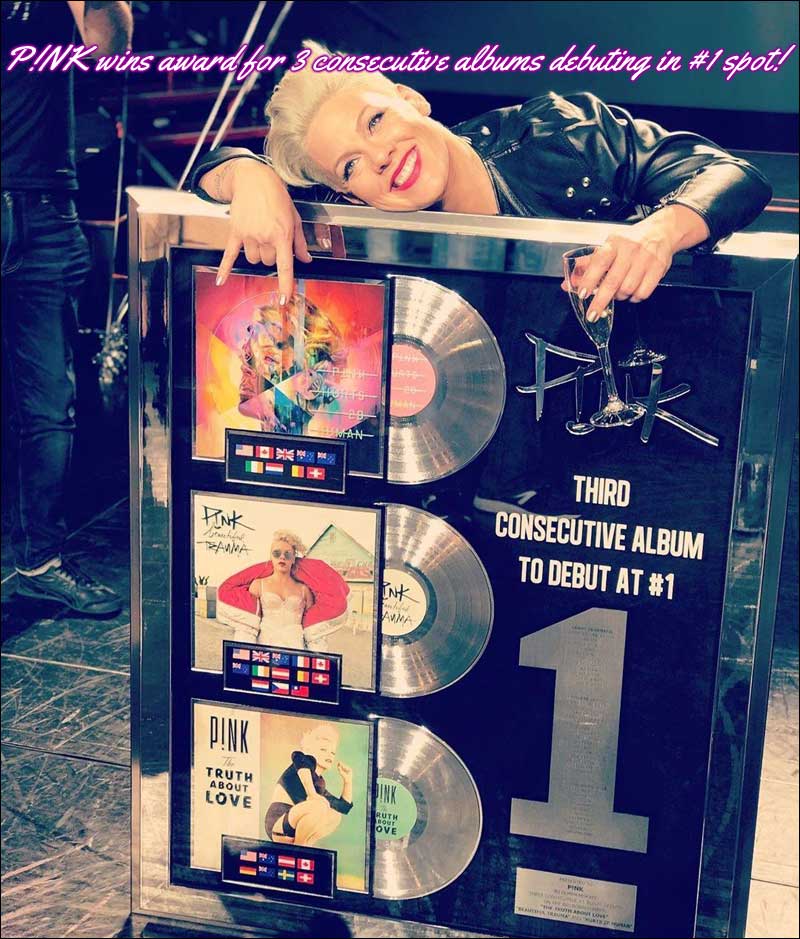 Pop star P!NK is ecstatic as it turns out that her past three record albums, including her latest, have all debuted at the Number One (#1) spot of the Top 200 music chart. Her 2012 album The Truth About Love, her 2017 album Beautiful Trauma, and her latest 2019 album Hurts 2B Human, all landed on the Top 200 music chart in the number 1 position when they were released. P!NK was given a plaque to commemorate the accomplishment and you can see by the smile on P!NK’s face in the photo below, that she’s as happy as all her fans are. What a feat it is to have just one album debut in the number one spot of the Top 200 music charts, but to have 3 in a row is almost unheard of. P!NK pulled it off though, and she rightfully deserves the credit for it. All three albums were done in conjunction with RCA Records. Her album The Truth About Love sold over 7 million copies worldwide and that number is from way back in 2014. Beautiful Trauma has sold over 3 million copies, and it was recently released in October of 2017. Her Hurts 2B Human album was just released to the public on April 26th of 2019 and has already sold over a quarter million copies.

P!NK wins award for 3 consecutive albums debuting in the Number 1 spot of the Top 200 music chart.