There’s UnReleased Songs from Audioslave with Chris Cornell. Enough for a new album. 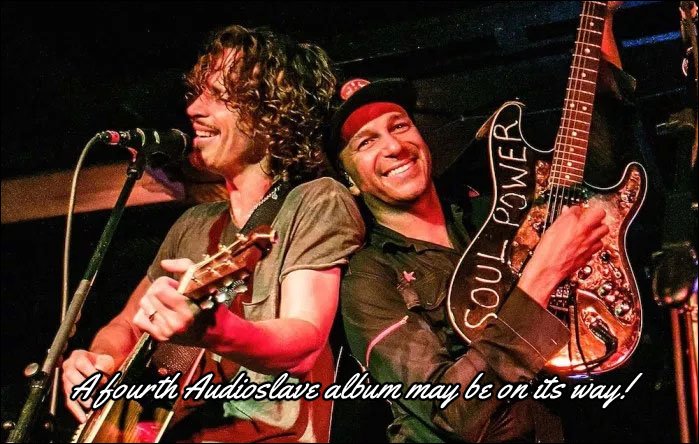 It’s quite possible that we can be seeing a new album come from the band Audioslave as it turns out that there is enough unheard material from the group to fill a whole album. Lead singer Chris Cornell passed away back on May 18th of 2017, but according to the band’s lead guitarist Tom Morello, there’s about a “record’s worth” of unreleased songs that the band has in its archives. The video of the ‘Backstory Live Presents’ interview with Tom Morello where he states these things can be found below. During the interview, Morello confirms that there is a good amount of unreleased material that was recorded with the late Chris Cornell. He also comments on the great quality of the recordings, and that there is enough to ‘fill a record’ with. In the video, Tom Morello is asked about the unreleased songs and whether or not fans would see a 4th album from the band Audioslave. “There certainly is a chance,” Morello replied. “There are no plans for that currently to be released, but there’s no impediments to [it] being released, either. We’ll figure it out at some point. There’s probably a record’s worth of stuff that didn’t get released. It’s really good, too. Some of the choices of what songs were on what records were almost arbitrary. There’s a few of my favorite Audioslave songs that just never fully saw the light of day, so hopefully they’ll come out some way.”. Watch the video below and you can hear the interview for yourselves.

It’s quite possible that a 4th album from Audioslave is coming out. It would contain previously unreleased songs that were recorded before the death of Chris Cornell.