For the 2nd Night in a row, Steven Adler has taken the Drummer Role with Guns N’ Roses, Is It permanent? 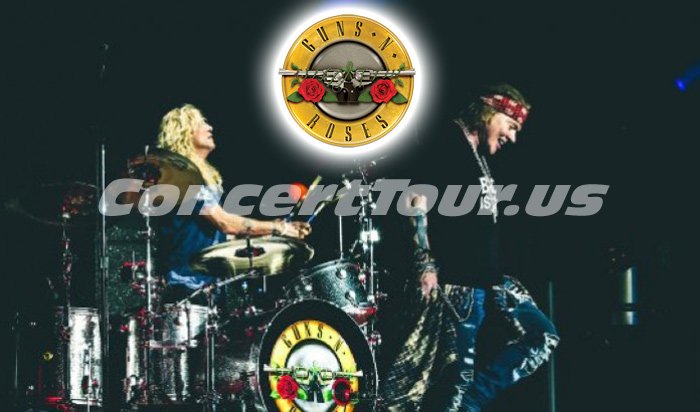 Last night in Nashville Tennessee, there was a magical rainbow somewhere, and at the end of it, was Steven Adler sitting at the drum set of the Guns N’ Roses concert. This took place at the venue in Nashville where the rocking band GNR jammed out songs like My Michelle, Out Ta Get Me and a lot more.

Steven Adler performed live on stage with his old band Guns N’ Roses again last night in Nashville, and also spent a bit of time with band members Slash, Duff McKagan, Frank Ferrer, and Melissa Reese during rehearsals. Steven Adler yet again joined GNR for “My Michelle” and “Out Ta Get Me.”

When introducing Steven Adler to the crowd, Axl Rose referred to Steven as ‘my brother.’ Watch videos of Steven Adler in Nashville and OHIO below.

Also, check out our GUNS N’ ROSES TOUR PAGE for all the latest tour information from Guns N Roses.

This shot was taken on the 2nd night of Steven Adler’s surprise Guns N’ Roses ‘comeback’. Will it be permanent?