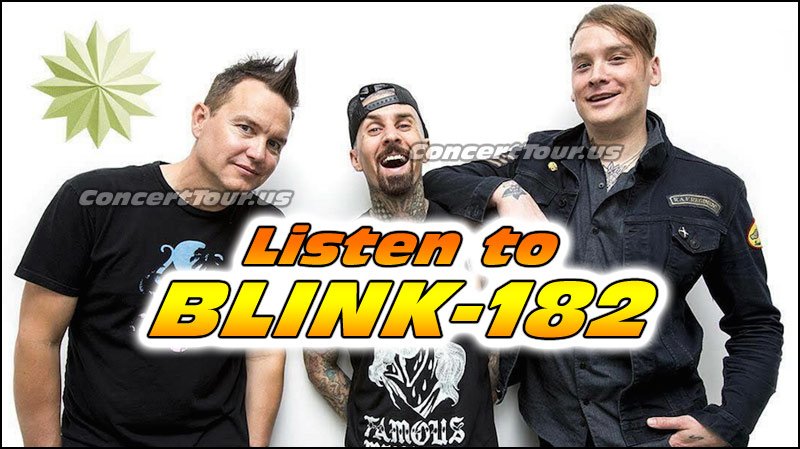 The mighty popular band Blink-182 played their new song ‘Cynical’ in San Diego, California at the Viejas Arena arena in San Diego over this past weekend. You can watch a fan filmed video of it below and you will find the Official video for it too. ‘Cynical’ is from their new album ‘California’, the seventh studio album from Blink-182 that was just released to the public on July 1st. It is the first album by the band without Tom DeLonge and features vocalist/guitarist Matt Skiba, also the front-man of Alkaline Trio. Matt Skiba replaced founding member Tom DeLonge, who ditched the band last year.

Blink-182 also unveiled their first music video since DeLonge’s departure last month (June). ‘Bored To Death’ is the lead single from their new album, and the video sees the three-piece playing in an underground club, with shots of the band performing interspersed with the main narrative of a bored high school student daydreaming about what he’d rather be doing than sitting in class.

Following that the band revealed that they are planning to tour Europe by boat because drummer Travis Barker suffers from flight anxiety. He has been unable to travel with the band after a plane crash in 2008 resulted in him developing a fear of flying. Speaking about their hopes to overcome Travis’ phobia, Mark Hoppus said: “We are looking into it. Hopefully we can make it work. Travis is looking into the possibility of taking a boat from LA, which is a very long trip.”

And despite their long and fractured break up, ex Blink-182 front-man DeLonge said that he isn’t done with the band on Facebook in April. Posting on the social media platform he said: “I understand all the craziness out there in Internet-land, it is an odd time for fans of the Blink-182 legacy, I know – it’s odd for me, too. Tom DeLonge continued, “We DO have a future together if we want it, but for now we are busy doing separate things. I look forward to my upcoming film and music adventures, and a hell of a lot more. Maybe throw in a bit of Blink-182, if we can build back that ‘special something’ that was once there?”

Don’t forget, BLINK-182 is on tour RIGHT NOW!! Visit our BLINK-182 TOUR PAGE for all the latest & to look for tickets!