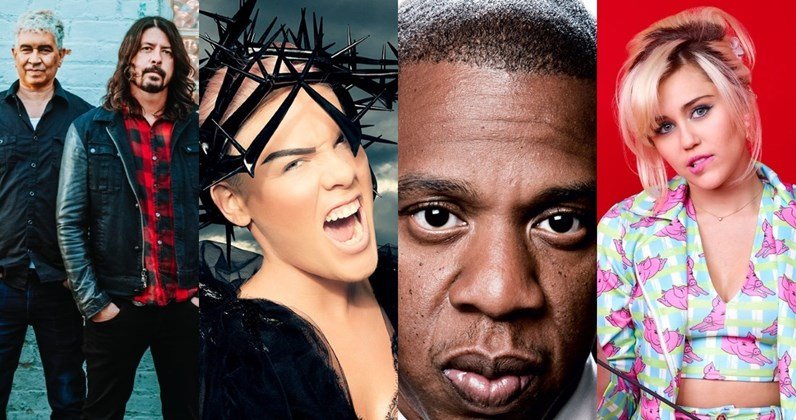 V Festival headliners P!NK and Jay-Z are atop the list of 20 performers, along with Miley Cyrus, 30 Seconds To Mars, Chris Martin, Lorde, Rita Ora, Harry Styles, The Killers and Stormzy also performing across the series of specials in September. London Grammar, Craig David, George Ezra, The Script, Wolf Alice, The xx and Rudimental (with James Arthur) join the already announced Foo Fighters, Rag’n’Bone Man and Royal Blood to complete the line-up. Radio 1 aren’t quite revealing all today – they’re keeping one last surprise performer under wraps. While all Live Lounges will take place in the usual timeslot of between 11am and 1pm on Clara Amfo’s show, a special guest will front an evening concert on the last day of Live Lounge Month, September 29 to a live studio audience.

Each Friday will see an act perform an extended Live Lounge, with Foo Fighters, P!nk, Miley Cyrus and Jay-Z taking on the longer sessions. Acts taking part will sing their latest track in the studio, while performing a cover of ANY song that has inspired them, and that was released in the last 50 years. This coincides with BBC Radio 1‘s 50th birthday in September, which will see the channel launch the BBC Radio 1 Vintage pop-up channel.

“This year’s Live Lounge Month has me more excited for our listeners than ever,” explained Clara Amfo. “From LA back to our studios in the UK, there are 50 great years of Radio 1 to celebrate with all of the artists and I can’t wait for it to kick off!”

The Radio 1 Live Lounges taking place this 2017 September are:


Hope to see you there! 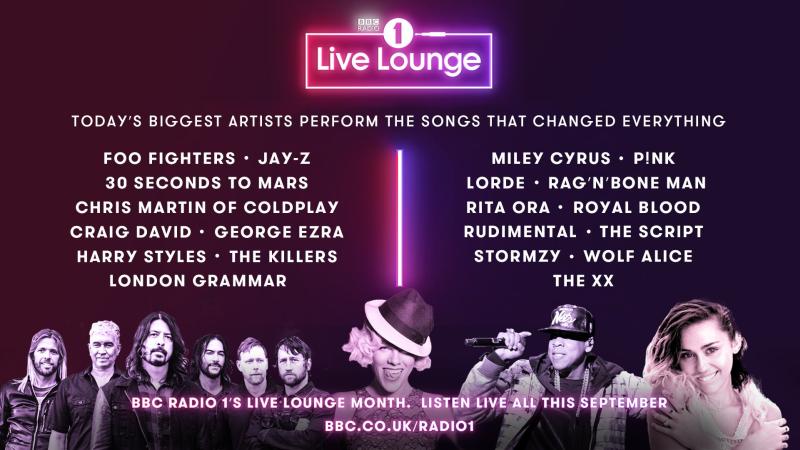