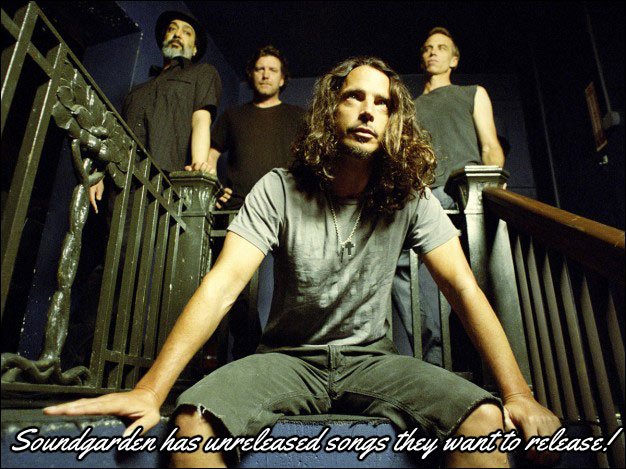 The loss of frontman Chris Cornell crushed many hearts when it happened a couple of years ago, but the band Soundgarden still have unfinished recordings that they want to complete. Who the band would get to do the unfinished main vocals is still up in the air, but the band’s lead guitarist, Kim Thayil, recently said in an interview that all surviving band members want to release the demos that Chris Cornell was working on with them, along with unrecorded songs that will require a new singer. The issue with the demos is that the band is not in possession of them. Kim Thayil explained that “We tried to get this going two years ago, but we’re not in possession of any of the demos that Chris was working on… We have copies of them, but what we need are the files, so that we’d be able to overdub and finish the record. We are not in possession of those.”. When the question was posed to him about how they would go about obtaining those tapes, Thayil replied “We don’t know. We’ve asked nicely, we’ve suggested that this will benefit all parties, if the band could just have these files, and we could finish the songs we were working on. But there seems to be some confusion among various parties as to what that would entail and how that works, and who that would benefit.”. The band was working on a new album, which would have been a follow-up to their 2012 release ‘King Animal’, but they lost their singer Chris Cornell when he committed suicide back in May of 2017. When asked if the unreleased material still had the sound and feel of previous Soundgarden songs, he replied “Interestingly, there’s a psychedelic element… We had maybe a couple of sad songs, and a couple of heavy songs that in general feel were — where we were at in the writing process — kind of mixed like ‘King Animal’, but a little bit less of the heavy stuff. But it was still interesting, still quirky stuff.”. Personally, I hope they do get their hands on the tapes that they need so that we can hear this unreleased music, but as with a lot of other things, only time will tell.

Soundgarden has unreleased songs recorded with Chris Cornell that they want to release, but need to get a hold of the tapes to do so.