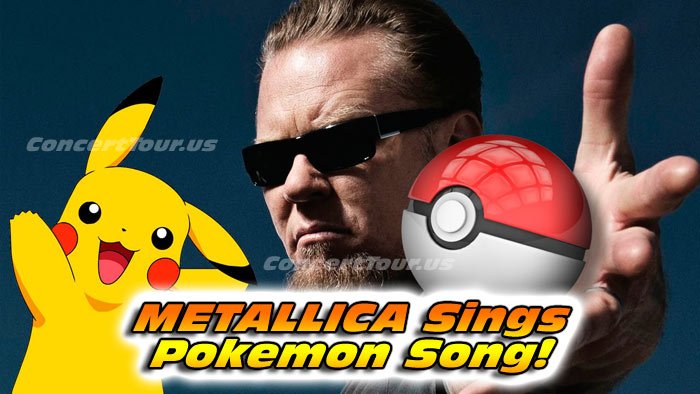 Metallica seems to have caught Pokemon fever, or so a new viral video would like to have you imagining. In a new mashup clip, which has received nearly 10 million views on Facebook and YouTube, the band is seen performing the Pokemon theme song in concert to an amazing crowd reaction.

Of course the video isn’t real, but it looks pretty convincing. Gabriel Salles, the man behind the creation, is a fellow YouTuber in Brazil who usually makes video mashups with American bands singing famous Brazilian songs in Portuguese. Gabriel said he made this video just for fun though. (and it is pretty funny). “When I saw the Pokemon Go success, I thought, ‘Well, why not the Pokemon song?'” he said to Billboard magazine.

Check out the video below and leave a comment or two. We’d love to know what you think of it. Oh, and don’t forget that Metallica so far has 1 concert planned for this year and it’s coming up soon. Check out our Metallica Tour Page for the latest tour information from Metallica.

Check out Metallica in the below video mashup of the Pokemon song!