P!NK Fan? Bet you didn’t know she wrote these seven great songs for other performers 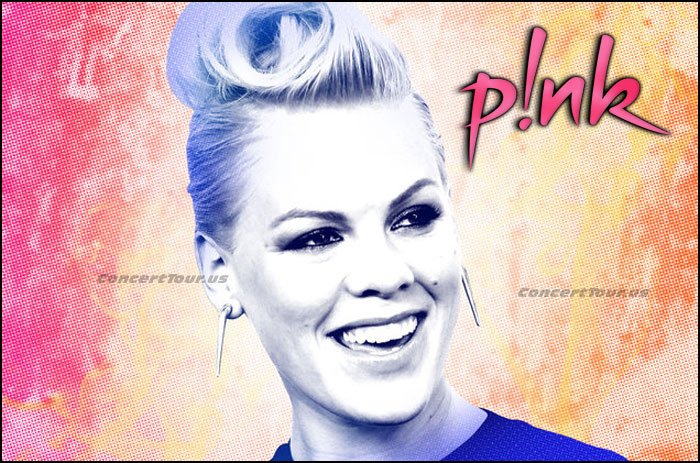 While P!NK is known for her powerful vocals & aerial acrobatics, P!nk has written songs for other artists, including a former Disney princess and a “Lady Marmalade” soul sister.

Between her booming, whiskey-tinged voice and Cirque-like stage performances, it’s easy to forget that P!nk is also an accomplished songwriter. She’s received writing credits on a majority of her discography, from her debut hit “There You Go,” released in 1999, to her most recent single, “Just Like Fire” — her 15th song to crack the top 10 on the Billboard Hot 100. Not only has she written for herself, but the pop-rocker has penned tracks for seven other artists, including a former Disney diva and one of her “Lady Marmalade” soul sisters. See the song list below.

P!NK is so amazingly talented that she even writes music and songs for other huge entertainers!

7 Songs You Probably Did Not Know That P!NK Wrote (Music Videos Below):


1. “Whataya Want From Me” by Adam Lambert
P!nk’s biggest hit as a songwriter for another artist is this fervent ballad, which hit No. 10 on the Billboard Hot 100. While it was originally written for her Funhouse album, the track didn’t make the final cut. After Lambert’s version became a hit, P!nk included her take on her Greatest Hits…So Far!!! compilation, and fans have mashed up their vocal cuts to create a duet version.

2. “I Walk Alone” by Cher
The flamboyant diva enlisted P!nk to write for her 2012 comeback album, Closer to the Truth. Two songs ended up on the album: “I Walk Alone” and “Lie to Me.” If you listen closely, you can hear P!nk sing background vocals on the former. On writing for Cher, P!nk told Australia’s Herald Sun: “It’s such an honor. I finally feel like a songwriter. And I’m such a fan.”

3. “Outside of You” by Hilary Duff
While the former Disney princess had a hand in writing all the other tracks on 2007’s Dignity, P!nk teamed up with husband-wife duo Raine Maida and Chantal Kreviazuk for this contribution.

4. “Take a Picture” by Mya
Mya and P!nk’s history runs deeper than their verses on the mega-smash “Lady Marmalade”: P!nk helped write this breezy ballad with producer Damon Elliott for Mya’s 2003 album Moodring. “We had a bond creatively that came out of ‘Lady Marmalade.’ It was our link,” Mya said of P!nk in an interview with Idolator. “And people don’t know this, but P!nk and I actually met when we were both 16 years old in Philadelphia. I was recording my first album and we were working with the same producers, so I originally knew her as Alecia.”

5. “If You’re Gonna Fly Away” by Faith Hill
P!nk can be credited for helping resurrect Linda Perry’s career: She reached out to the 4 Non Blondes singer for guidance on her second album, Missundaztood. Not only did Perry get songwriting credits on half of the album’s tracks, but the two later teamed up to write this song for Faith Hill’s 2003 album Cry.

6. “Guns and Roses” by T.I.
Not only does P!nk lend her powerful pipes to this track on the rapper’s 2012 album Trouble Man: Heavy Is the Head, but she also provided her pen: Along with T.I., she’s one of six writers credited on this song.

7. “Recovering” by Celine Dion
While the Canadian is putting final touches on her French-language album, due later this year, she’s already planning an English-language LP for 2017. Though the album is still being planned, one collaborator is confirmed: “P!nk wrote me a song that I’m freaking out about,” she told Entertainment Weekly. “You cannot be more excited than me, I’ll tell you. I am thrilled not only because I am a fan, but because I know her personally and have met her a few times.” The song, titled “Recovering,” is in honor of her husband Rene Angelil, who died in January.