Luke Bryan takes a break to watch the Eclipse 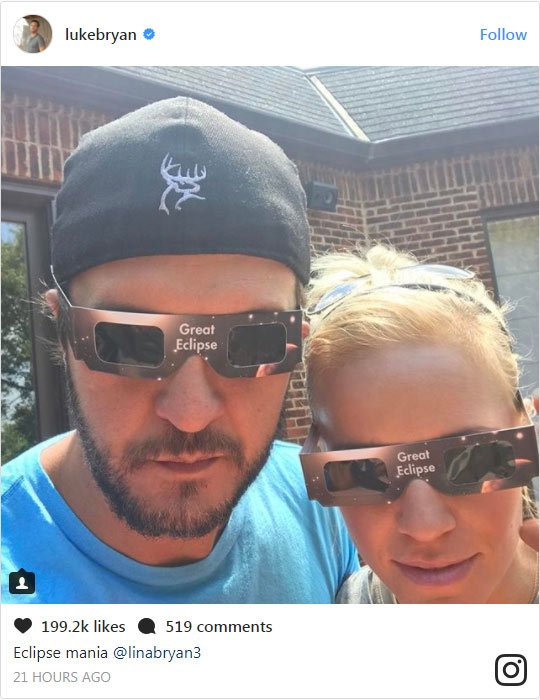 Even huge superstars needs to take a break now and then, and country music star Luke Bryan is no different. Within the past day, we were treated to a partial eclipse of the sun, or a full eclipse, depending on where you were seeing it from. As per a tweet from Luke Bryan (and family), he tweeted “Eclipse Mania” with a picture of him wearing special eclipse glasses. Sometimes you just have to stop and smell the roses, as they say, and that is exactly what Luke Bryan did. Seeing and experiencing an eclipse can be quite an experience, especially if it’s a full one, and even more so if it’s your first one. Many people stopped to watch the eclipse the other day, not only this country music star and his family, but many people traveled to other states to see the fullest eclipse they could. It’s rare and it’s understandable for us to want to experience it in it’s full glory is not such a big deal. You can check out Luke Bryan’s tweet just below.

Luke Bryan tweets out on the day of the eclipse ‘Eclipse Mania’ with his family.