P!NK will be releasing Beautiful Trauma album soon, here’s what we’ve heard about it 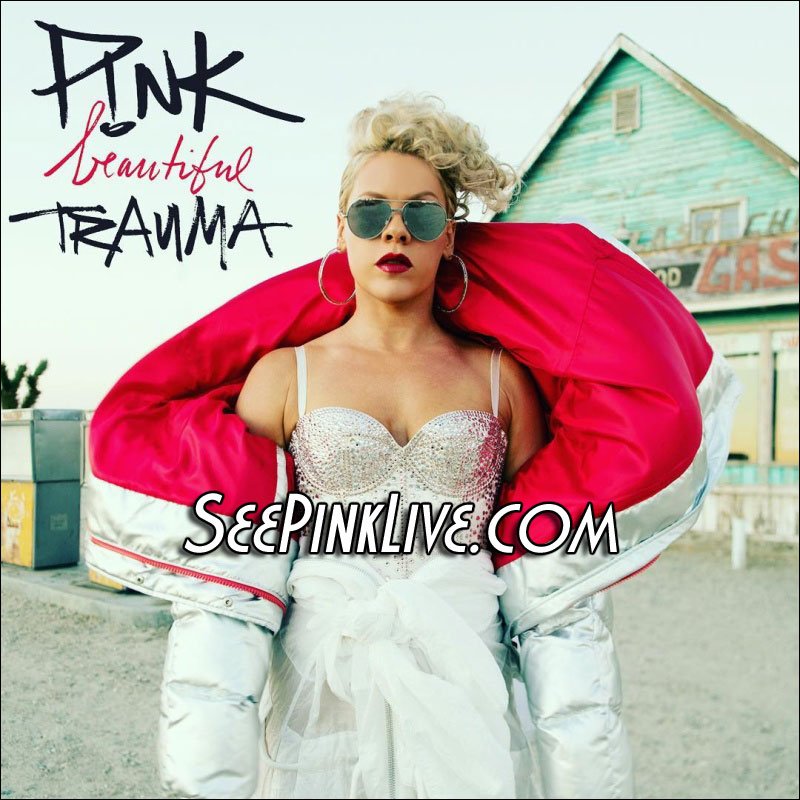 The last album by P!NK, titled The Truth About Love, came out about 5 years ago and it cranked out 3 top ten smash hits on Billboard’s Hot 100 and the album itself hit the top of the Billboard 200. What turned out to also be her fourth #1, ‘Just Give Me A Reason’ with Nate Ruess was absolutely huge. Don’t give it up yet though because PINK has been quite the busy-bee since then. She dabbled in some sort of folk music with the song ‘You + Me’ which she sang with Dallas Green. Last year she teamed up with Kenny Chesney and then had huge success with ‘Just Like Fire’. P!NK also welcomed her 2nd child with proud dada Corey Hart. But even with all that, the wait for Pink’s new album ‘Beautiful Trauma’, has been a very tough time which will all be over on October 13th when the album is officially released. Check out our main P!NK PAGE.

From what we have learned, on ‘Beautifual Trauma’ P!nk herself co-wrote every single song and got together a line-up of proven hitmakers for her return to pop. Ed Sheeran’s “Shape of You” writers Steve Mac and Johnny McDaid joined her to write the single “What About Us,” which she paired with a ‘resistance fist’ on Instagram and wrote as “the start of us waking up.” Other Beautiful Trauma songs had big hitters involved, including pop diva whisperer Jack Antonoff, Max Martin, Greg Kurstin, Shellback, and “Issues” singer Julia Michaels.

“She’s really down to earth. When you’re with her you realize everything she writes and sings is who she is,” says Michaels of teaming with P!nk. “[The songs we wrote] were inspired by her personal experiences. I basically sit there and just stare at her the whole time because I’m in awe,” she adds, laughing. “And when she goes on the mic, her voice is undeniable.”

Writer-producer busbee, who co-wrote “Try” on P!nk’s last album, worked with her on a similarly emotional song for the new LP. “I was playing this beautiful ballad-y thing on the piano, and she brought out these lyrics – verse after verse was incredible. It was like throwing logs on that creative spark,” busbee says. “It was truly glorious. She’s so focused and crazy talented.”