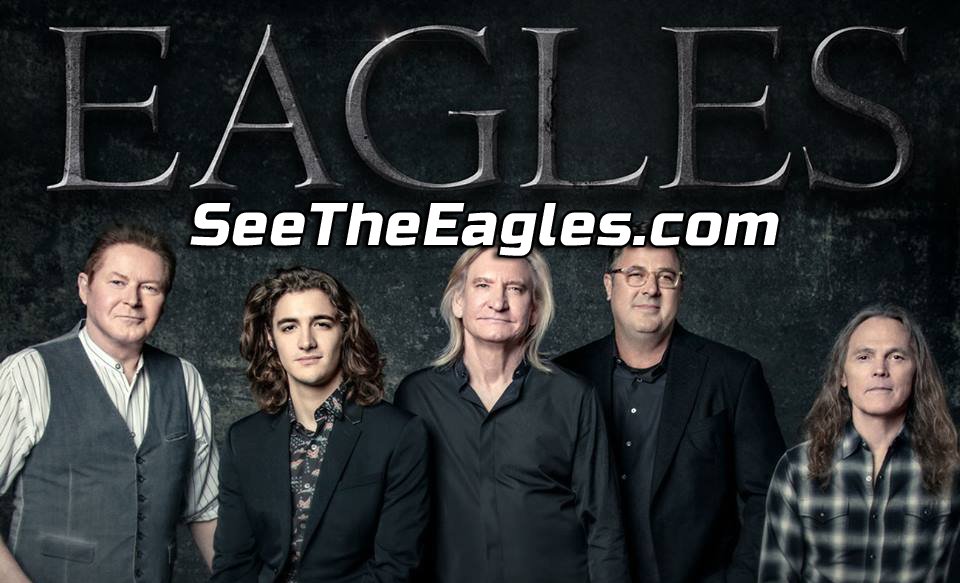 It seems as if the band the Eagles have found a team fit enough for them to take on tour. Deacon Frey, son of the late Glenn Frey, has taken the spot of Glenn and Vince Gill has also joined on. It may sound a bit strange at first, but Vince fits right in and you will be able to confirm that to yourself as soon as you hear them perform. It’s been almost 2 years now since Glenn has passed away, and back then Henley hinted that the band would never perform again ever. He went out and did some solo work and toured, but it seemed as if we would never see The Eagles again. Then came The Classic East and The Classic West, where Don Henley announced that they would have Deacon perform in place of Glenn. Those concerts just happened (and one is coming up) and so far the response has been very positive.

The ‘An Evening with The Eagles‘ tour which is what they just announced, only has a small handful of dates so far. Our main Eagles Page has all that tour information. The dates released begin no October 17th in Greensboro North Carolina, and end on October 27th in Detroit Michigan. What’s the deal with the small amount of dates? We honestly do not know. We just know that we are hoping that they do turn this into a full blown tour, and take their gig on the road. I know I personally would love to see them perform live.

Don’t miss what may be your last chance to catch The Eagles live in concert!